Fellow testers, we cannot not to find bugs.

Git is a Version Control System (VCS). There are various version control systems, but Git is by far the most popular one, both for individual and company use. On a very basic level, there are a couple of awesome things a VCS offers:

You should already have Git installed on your Mac. To check the version, run the following command in the terminal:

In case you don’t have Git installed, the command above will also start the installation the first time you run it.

Repository (often called ‘repo’) is a location where your files and folders are stored.

Origin is the name of the originally cloned remote repository. The name origin is used instead of the repository's URL for easier referencing.

Main is the name of the default branch that git creates when first creating a repository. In most cases, main means the main branch. Sometimes you might hear or read about the master branch, which is the old default branch name that you can still see in some older projects.

The names main and origin are a standard convention and don't have a special meaning. Although they can be renamed to whatever you want, it’s better to leave them as it is.

git clone creates a local copy of a remote repository

git branch creates, lists or deletes branches (depending on the option it is used with)

git add prepares changes for commit, i.e. tells git which file(s) you want to include in the following commit

git commit saves the changes to your local repository. Think of it like clicking the Save button 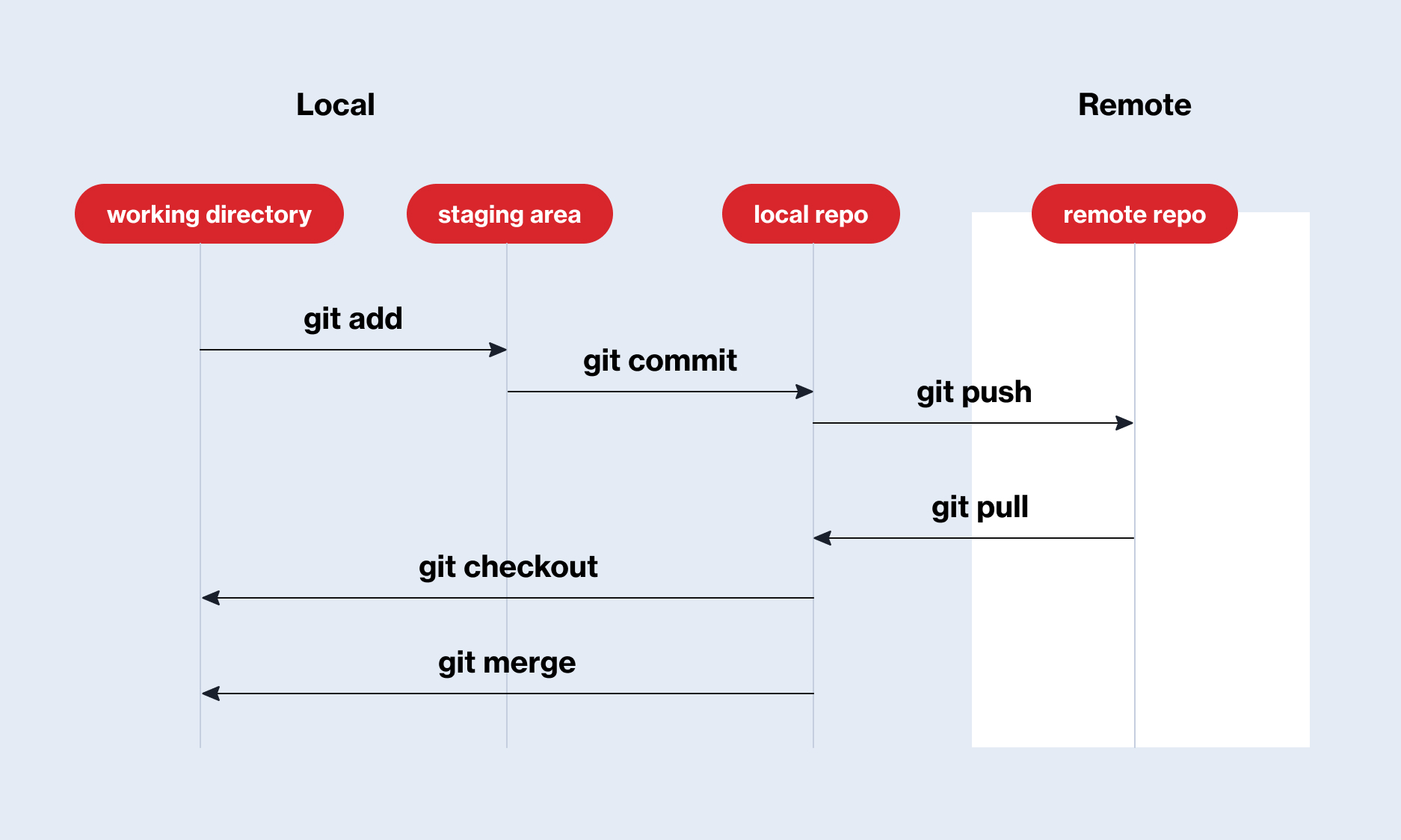 The sections below show the steps for a basic git workflow when starting a project from scratch - from creating a remote repository, cloning it to your machine, and then pushing the changes made locally to the remote repository.

How to create a new GitHub repository

The following steps will help you create an initialized GitHub repository with a README file included. By default, GitHub creates a single branch named main.

How to clone a GitHub repository

How to stage, commit and push changes

Once you have a local copy of the remote repository on your machine, it is time to start working on it. The first thing you want to do is to create a new line of development, that is, create a new branch to store your changes (for more information on branches, check Using Git - Advanced). Afterwards, you can make the changes to your files, stage them, commit and push to the remote repository.

This is how a complete workflow would look like: 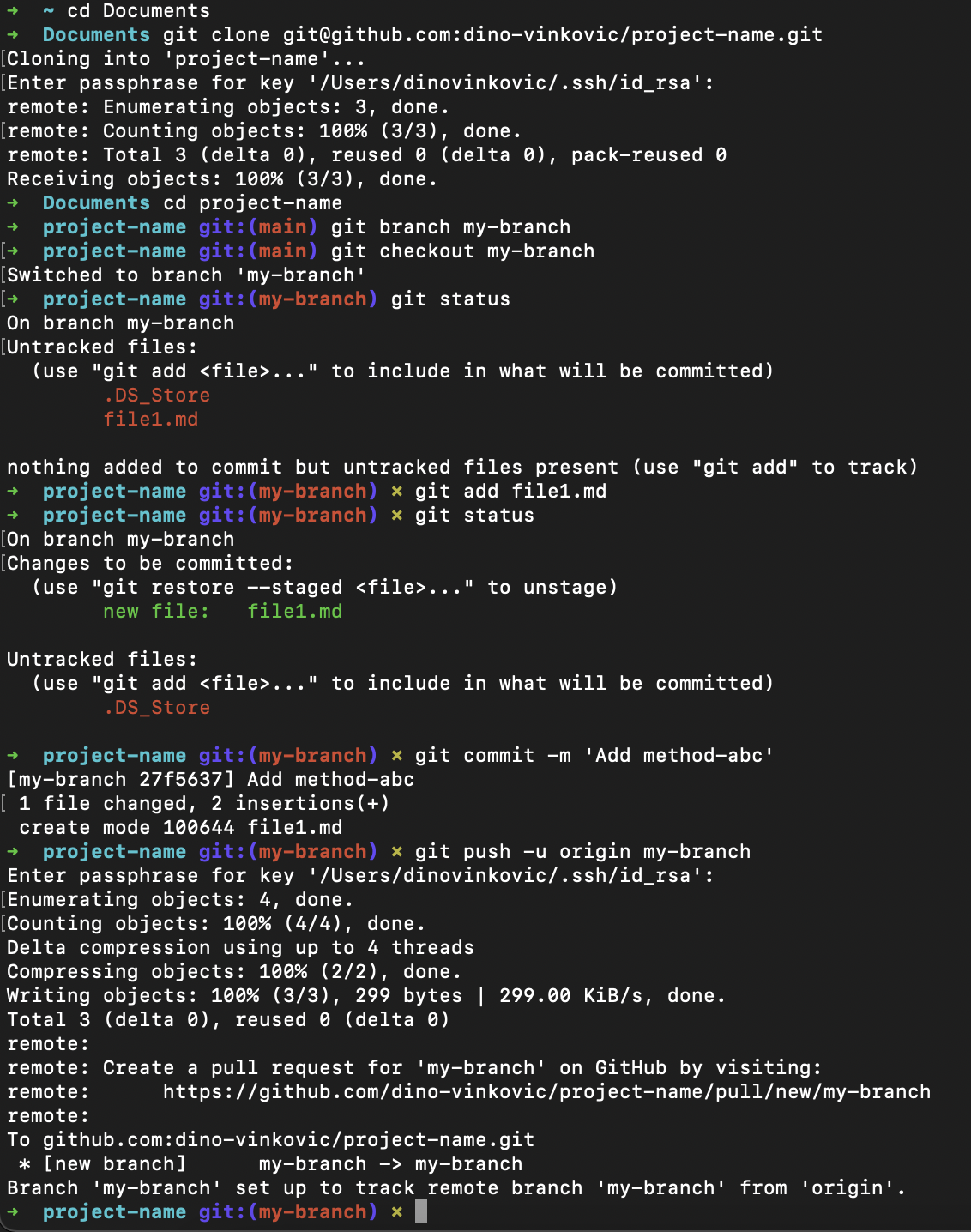