Quality is the ally of schedule and cost, not their adversary. - James A. Ward

The benefits of test automation

What test automation is not

Test automation is done on several levels represented by the test pyramid.

Read up on the test pyramid here. 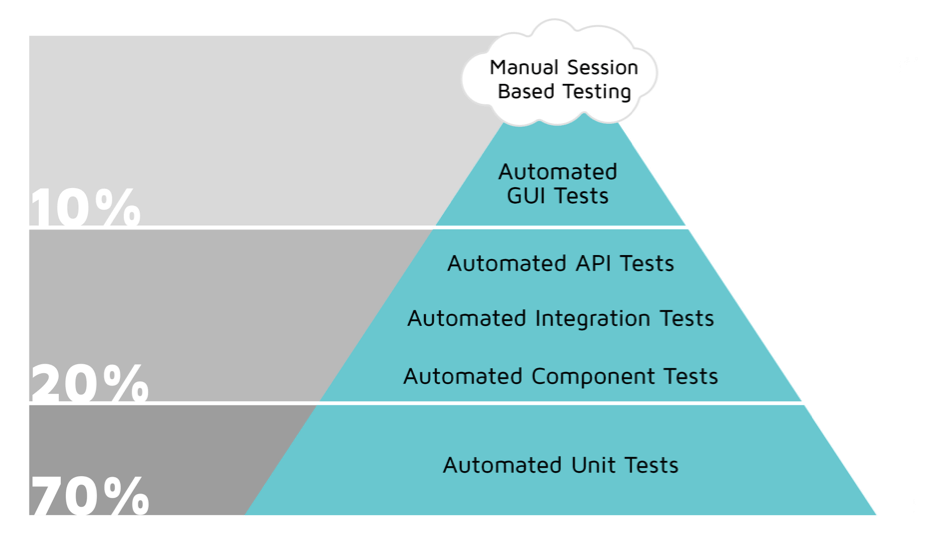 UI automation entails writing a test script which will perform the same actions a human tester would on a particular piece of finished/built software.

There are plenty of tools available, but generally there are two approaches:

You can code and run your tests using just a text editor or an actual IDE which will help you organize your tests and test data, connect to bug tracking systems, etc.

One thing to keep in mind is that the UI tests are the slowest kind of tests. You should think twice when considering which UI tests to automate. Start with the most important tests that will help the QA team and reduce the regression time.

As seen in the testing pyramid, the API is a connecting (integration) layer.

API tests are fast since there is no UI involved and can quickly verify the communication between software components. A tool like Postman would be enough to start with API testing right away.

Unit tests are the fastest kind of tests, and we should strive to have as many of those as possible.

Since writing them requires being familiar with the codebase, they are written and maintained by developers.

Selenium is probably the most popular web automation framework built on top of WebDriver (as many others are). We use it for web UI automation.

Selenium IDE was developed for testers and developers to record their actions as they follow the workflow that they need to test.

There are plenty of competing tools and frameworks out there. To name a few:

Selenium's mobile analogue, used for automating hybrid and native mobile apps. We use it for mobile UI automation.

How does it do it?

A great tool to start with API testing is Postman. You can easily pick up the basics and start testing the API right away. Postman can be used in manual testing, but also offers a few options for automation.

When it comes to API there are quite a few details that need checking. Unfortunately, oftentimes only the status code is being checked. However, especially nowadays with apps doing wonders, that won't cut it.

A few basic things to check:

Read the REST API Testing Strategy article for more ideas on what to check.