Last month my colleague and I paid a visit to our former university. We were invited to give a presentation about our career path and how we ended up at Infinum. We talked about our expectations as designers and some challenges we deal with on a daily basis. In the end, we shared some practical tips and tricks about UX/UI design.

Screen design (designing for computers, tablets or mobile phones) is not one of the main focuses at my university. The students there get some basic knowledge, but not nearly enough to get their hands dirty immediately after graduation. I thought it would be a great opportunity to show them how great design and user experience is the absolute cornerstone of the tech industry today.

Hopefully, some of them found it interesting and might end up pursuing a career in a software company.

In the hopes that it would be helpful to people, I’ve extracted portions of my talk to a list of five things new designers should keep in mind when doing screen design. 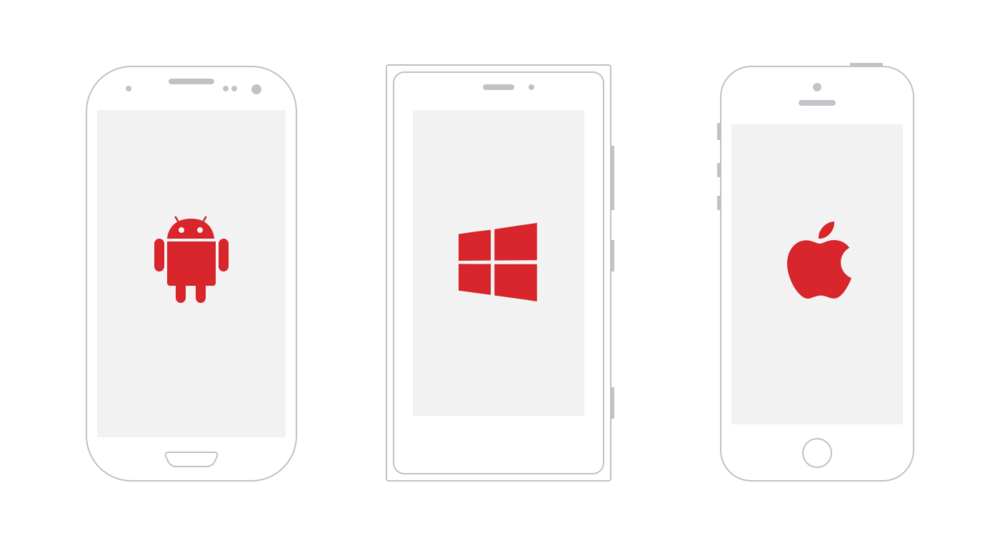 Each platform has its design rules, and by respecting them, you are making things easier for the user. An average person interacts with their smartphone as much as 50 times a day, so naturally they’re expecting apps to behave in a certain way. Every time you introduce an unfamiliar behavior, you’re potentially compromising the app’s UX.

If you haven’t had a chance, I wholeheartedly recommend diving into a platform for a few weeks to get acquainted with its design patterns, behavior and feedback. If you know Apple’s iOS Human Interface Guidelines or Google’s Material Design Guidelines by heart, you’re already halfway done.

By the time you’ve started designing your first app, you should be able to recite these standards like a priest quotes the Holy Bible. 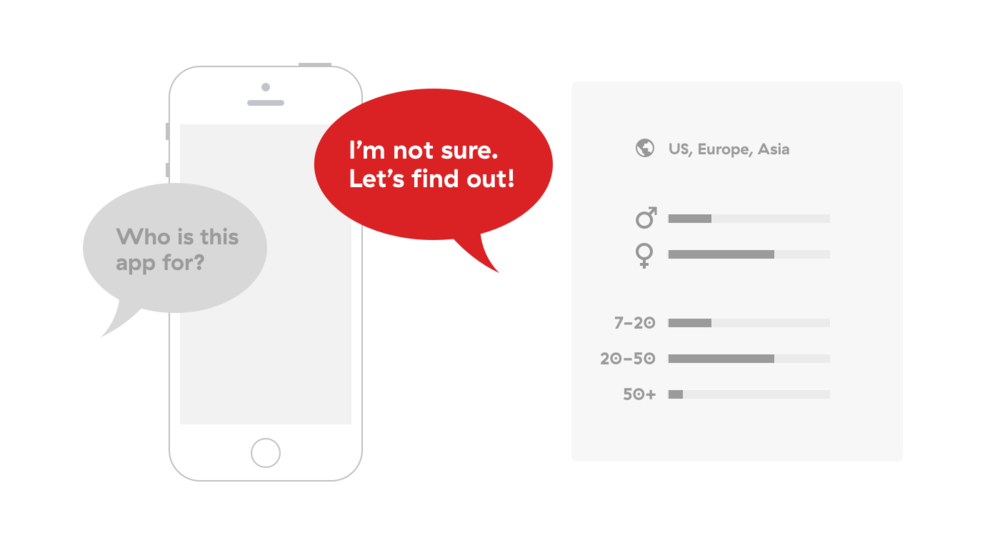 Before starting work on your design, you should have an idea about what you’re doing. First, get to know your client, their values and goals. The app’s design brief should contain information about who the end-user is and what their needs are. Elaborate on that, construct a few user personas and make sure you and the client are on the same page. Remember, they hired you to solve a specific problem, and you need to deliver the best solution.

Sometimes clients don’t have a clear vision of what they want and they will rely on your expert advice. If there’s competition on the market, it’s useful to scan through the apps and check out their UX. If the app’s a novelty, you should do a wider research and construct a rationale about the direction you're going with. You can expect a bit of ping-pong with the client, and that's your job. But clear communication is essential. After all, you’re about to polish up their brainchild by giving it a 5-star look.

It’s not a big deal if your app follows a similar use pattern as other apps. Users don’t like big surprises, and by giving them a familiar design flow, they can get on board pretty quickly. This doesn’t mean you should shamelessly copy an existing design. It’s all about the philosophy. For example, if you’re designing a messenger app you’ll probably take a look at Facebook’s Messenger, Slack, Skype or Roger. You’ll get an idea of how successful apps in that category look like, and you'll strive to do even better. 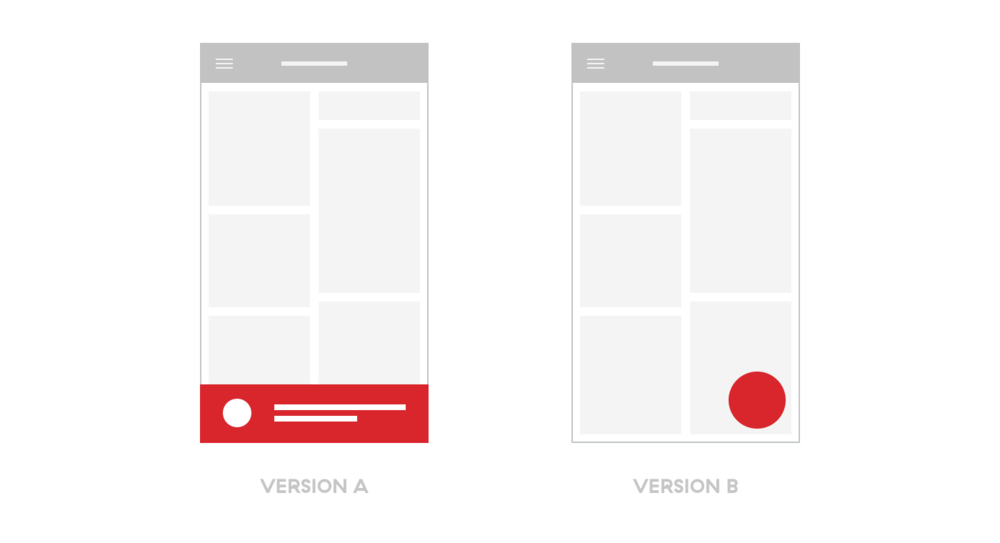 It’s amazing how our brains interpret visual code. Something might seem logical to you, but it won’t necessarily appear that way to your grandma. Never make assumptions and always gather real user feedback - it’s beyond useful, especially if the sample group is in line with app's target audience.

There are plenty of prototyping tools out there. InVision, Flinto and Craft, to name a few. Construct a lo-fi wireframe and upload it to your phone.

Give it to your mom, dad, friend, girlfriend, aunt, classmate or anybody but another designer or a developer. The reasons should be obvious. You’re on the lookout for an average Joe here, someone who isn’t doing this for a living. By doing a test on only three well-targeted users, you can identify up to 80% of bad UX!

This can also be an excellent excuse to meet with an old girlfriend over a cup of tea. (not that I suggest you should do that)

Your job doesn’t end with designing and exporting the visual elements. Chances are, developers are probably going to mess something up, and that will be on you because you’re the one in charge of the UX and visual design. You placed that button in an exact place for a good reason, and you have to make sure developers follow through. Be prepared to pay attention to the tiniest detail.

Most developers don’t know the difference between Helvetica and Circular. No matter how unbelievable that sounds, that's alright. It’s simply not their job. That’s why you need to supervise the implementation until the very end. Luckily, there’s a great tool that simplifies design hand-offs by providing your developer with pixel-perfect instructions. It’s called Zeplin, and since we started using it, our design hand-offs changed from the ground up.

Also, don't wait until the end to start reviewing of the design implementation. If you do design reviews when the development is already over, chances are developers are going to have a harder time implementing your changes, or a deadline will hit you in the face and a super product could go out into the market. Keep an eye on the implementation during the course of the project.

Keep in mind that the app has your signature all over it, so it’s in your interest to collaborate with developers and ensure the design is implemented as you imagined it.

5. Don't be afraid to ask questions 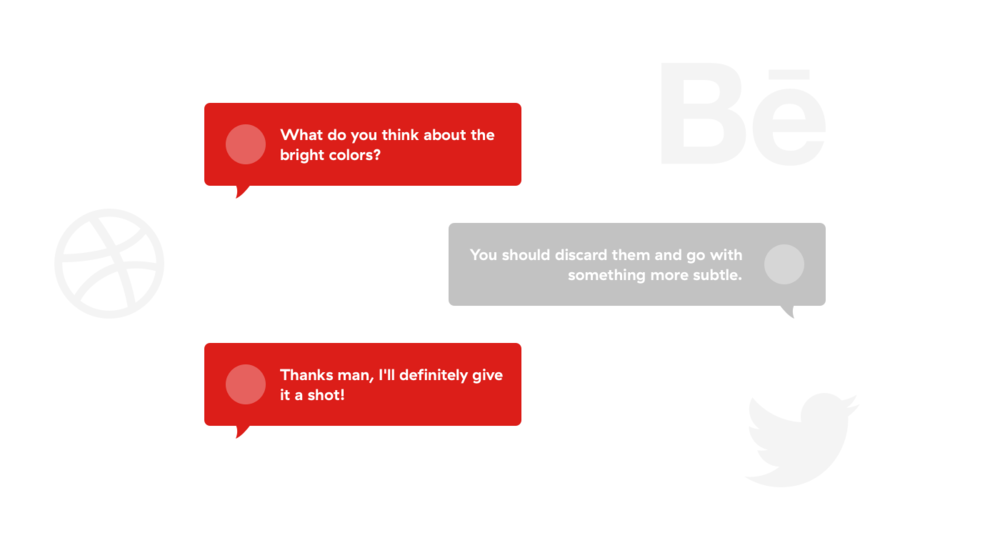 Whenever you’re experiencing a “designer’s doubt”, consult your manager, colleague or a friend. You can also resort to Dribbble or Twitter. People in the design community are open-minded and are likely to help you, whether you need feedback on your work or a link to the best Sketch tutorial video out there. Most people are passionate about their profession and they’ll be happy to help you out. Your goal as a young designer is to grow, and you’ll do best if you get your work out to as many eyes possible.

Gathering feedback and information is also helpful. In the long run, you’ll learn tons as you go. By accepting you did something wrong, you’re less inclined to make a similar type of mistake in the future. It’s always better to ask questions than to tap in the dark only because you're shy.

A push in the right direction

We all started from a low-point and were brought up by our motivation and experience. In the beginning, I didn’t know much. On my interview, I told Tom, our CEO “I know print, but don’t know screen design", and he told me "Doesn't matter, if you're a good designer, you can apply that talent to any medium."

People will recognize if you’re passionate about something. You need to try, be committed, work hard and never give up.

Infinum has always been about people. Supporting the local community, helping to raise the bar for quality of work and providing young people with opportunities to learn. Last year we organized free courses for programmers called Infinum Academy.

This October, for the first time, we’re running a design camp where we’ll teach students how to do proper UX/UI design from scratch. The camp will be free of charge, but with a limited number of seats. If you’re interested, leave us your email, and we’ll make sure you’re the first one to know. In the meantime, enjoy your summer mischiefs. The cocktails, the parties, whatever’s up your alley. In October we get to work work....

Luka Perić
—
August 9th, 2016
Read more about
DesignLearningMobile
Hungry for more design-related news?
Subscribe to our weekly #PostcardsFromDesignIslands newsletter.
Keep reading our blog
Emanuel L.
—
5 min read
An Engineer Working as a Digital Designer
Embracing a background in tech and uniting it with design knowledge to create prime user...
Marina J.
—
8 min read
The Designer’s Guide to Mobile — Shifting Design Across Platforms
If you’re a design student or a junior designer and you’re about to dig into your first mobile...
Kristian P.
—
4 min read
UX Quick Tip: The Proper Way of Handling Notifications
Whether something goes wrong or just the way you wanted it to, your users will want to know. It’s...
View all posts