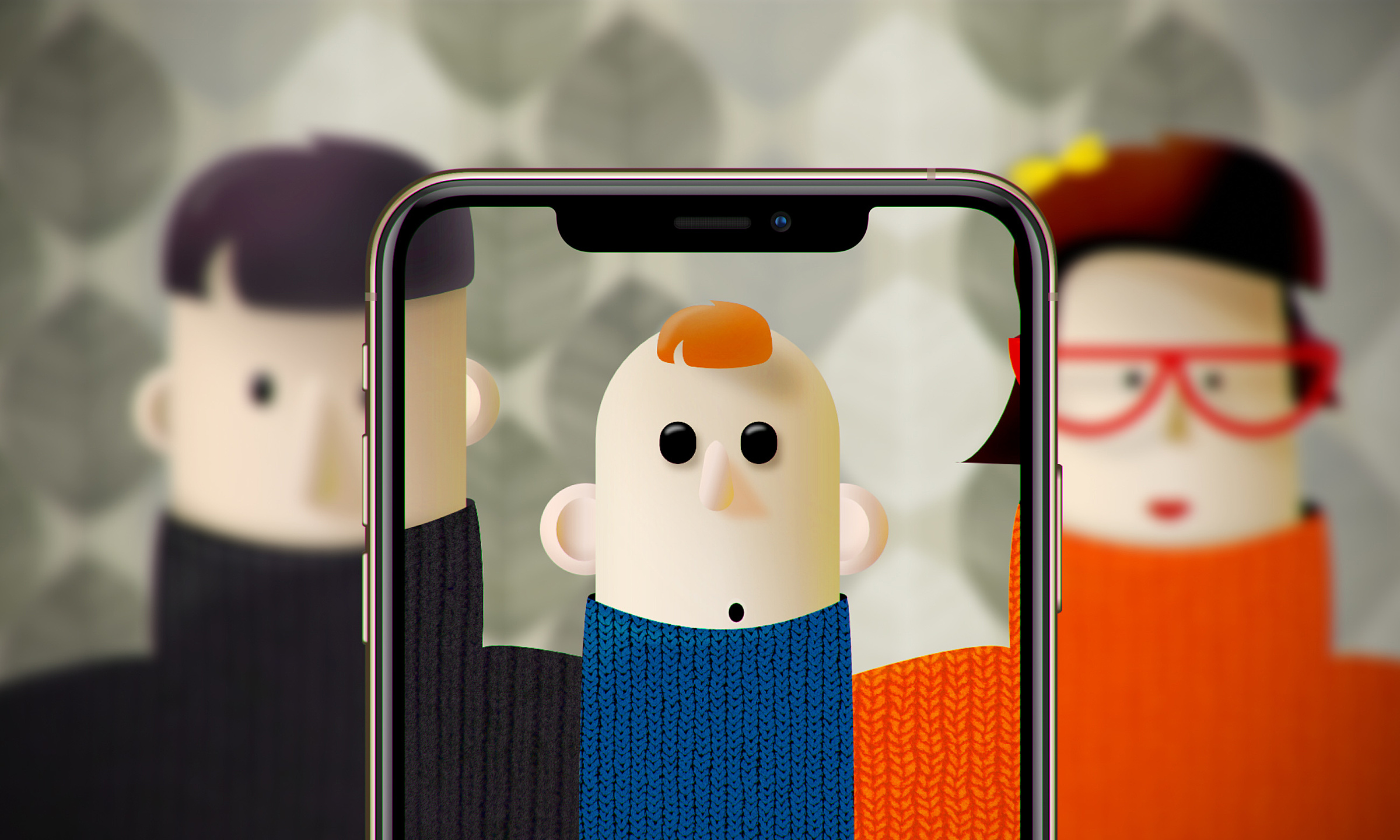 Since the dawn of time, families around the world have argued about who their babies' looks come from.

As if bringing another human being into this planet wasn't hard enough, new parents have to zip their lip as their in-laws pull their grandchild’s looks apart.

She's the spitting image of her mother, says grandma. Clearly, he's got his father's eyes, claims the mother-in-law. Sounds familiar?

Some folks go as far as to claim they see resemblance in newly-born babies, who really just look like a blob of cotton candy.

Prove them wrong with artificial intelligence

After centuries of new parents' struggle, Infinum’s Machine Learning team has come up with a science-backed method to determine resemblance between parents and children.

Unlike many other commercial apps that claim to determine parent-child similarity but really provide random results, the calculation in Got Your Nose app is based on face recognition algorithms.

You’ve probably used facial recognition technology before. Modern smartphones feature it as a method of unlocking the phone, social networks use it to help you tag people in the photos you upload, and many airports already use biometric face scanners to improve security.

The difference is that typical facial recognition models try to identify only one individual at a time, while our team used the technology to detect similarities between three different individuals.

How does it work?

The application uses a face detection model to extract the face, eyes, and nose parameters from the uploaded images of all three participants – both parents and the kid.

After successful extraction, a modified face recognition model calculates the features of each extracted face component for all three participants, compares them, and delivers the results in percentages.

All the while, no images are transmitted to or stored on our servers, and all calculation is done locally on-device.

Congrats, mom! Science proves the kid’s got your great looks.

Once you get confirmation that your child looks like you, make sure to share the results on social media and tag your partner’s relatives who claimed otherwise.

How accurate are these results?

The results in Got Your Nose app are based on the same type of technology implemented in some of the tightest security systems in the world. Even so, there's still chance you won't be able to convince your in-laws that their grandson doesn’t look anything like their son.

Btw, you might find that the results vary slightly when different photos are used. For example, making strange facial expressions in the photo might affect the results, so try using forward-facing images of similar size and quality for optimal results.

Don't agree with the results?

Well, since it's free, you can always try again. Or claim the app is sh*t. Or you can gracefully accept the fact that your kid resembles your partner more at the moment.

There’s always hope they’ll morph into you as they get older.

Download Got Your Nose from App Store and face the camera to face the truth!

Keep reading our blog
Damjan D.
—
5 min read
iOS Developer's Take on the App Builders Conference in Switzerland
Are you a mobile developer and always wanted to visit the Swiss Alps? There’s a great way to...
Kristian P.
—
2 min read
What's More Awesome Than a Bicycle? A Really Fast, Electric Bicycle.
Mate Rimac developed the world's most powerful electric car - the 1000 hp Concept One. Now...
Dario D.
—
5 min read
Mobile Widgets or How to Pay for Parking with Fewer Screen Taps
One popular mobile app we've produced helps drivers in Croatia on a daily basis. To make it...
View all posts