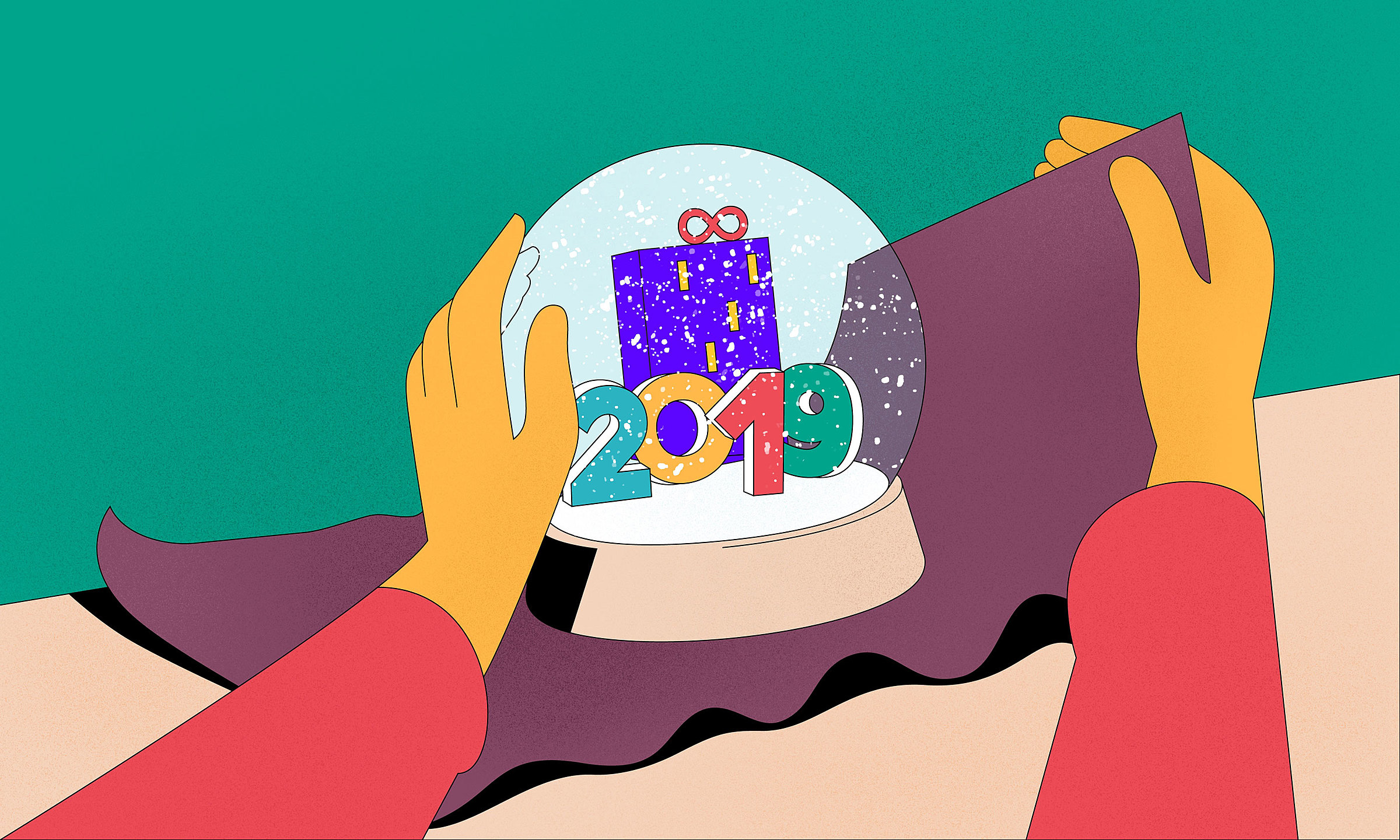 Humans are funny creatures. We like milestones and symbolic meaning. We start diets on Mondays, change jobs in January, and wear red underwear for good luck on New Year’s Eve.

We like to close chapters and reflect on the year gone by as we make resolutions for the next one. This New Year’s won’t just mark the end of the year, though. IT’S THE END OF THE FREAKIN’ DECADE. Everybody stay calm.

It's been a fabulous decade indeed. We could tell you story after story about it but neither of us have the attention span for that, so here are the highlights that marked the year 2019 at Infinum, in no particular order of importance.

1. We rocked Employer of the Year awards

Let's get the heaviest stuff off our chest first. Judging by the first place we’ve scored at the Employer of the Year awards, we know a thing or two about employee satisfaction.

It makes us particulary proud that this recognition comes from within the organization, as it's an employee-voted award.

Also, our Head of HR Tanja made an emotional speech. 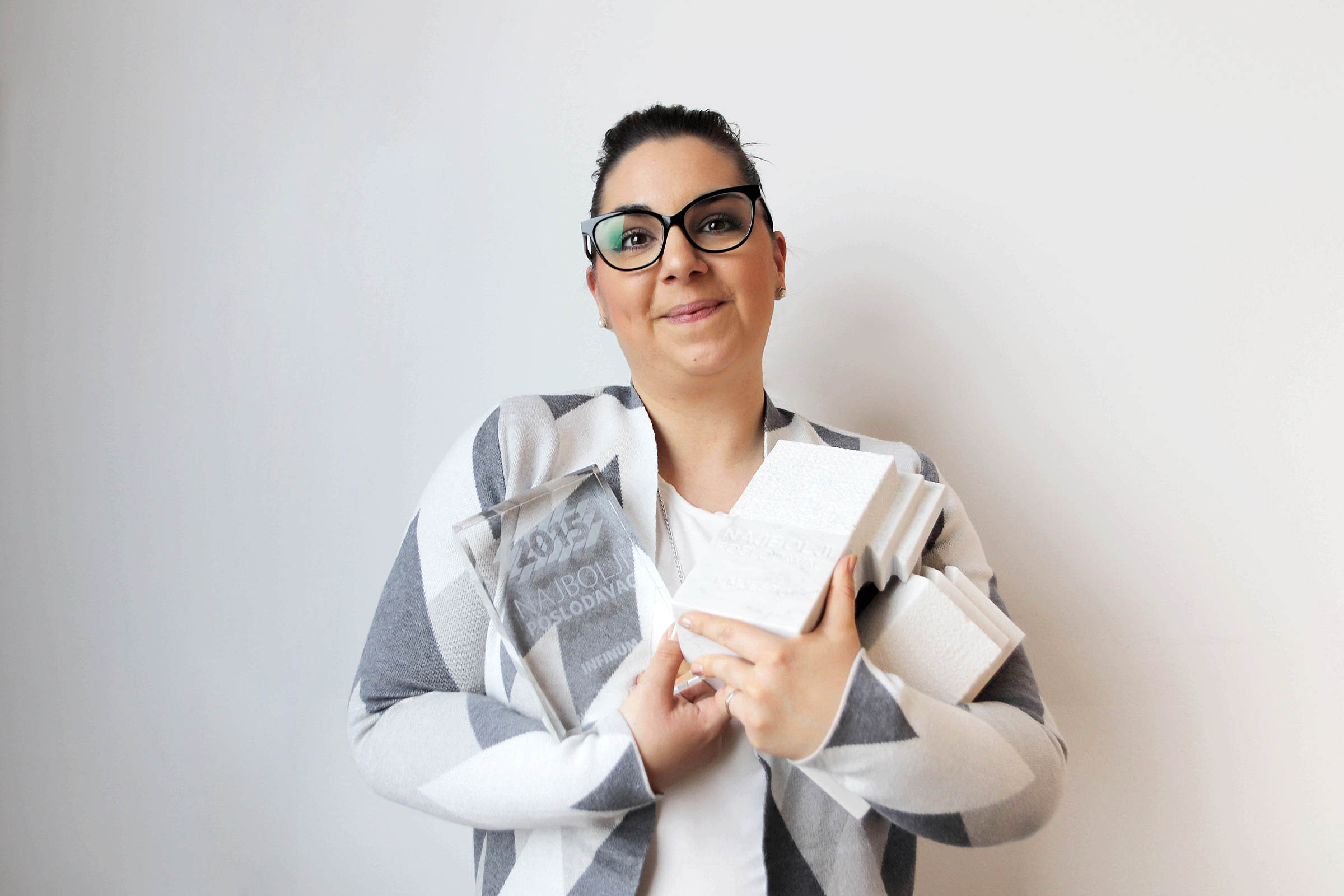 It feels like our 200-people-mark party was only yesterday, yet we’re entering the new decade with 260+ Infinum folks in total. 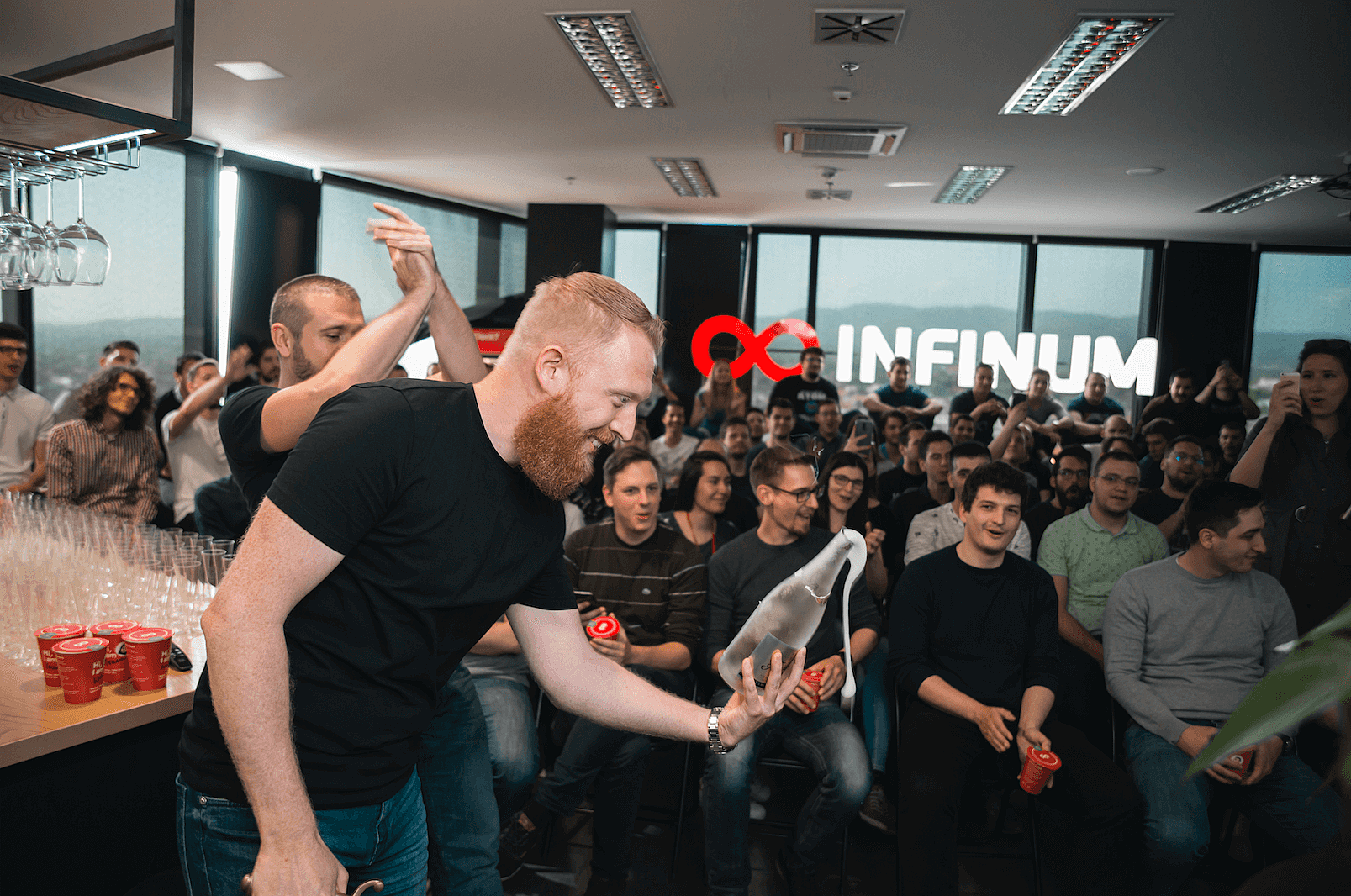 Our colleagues aren't just plentiful, but also strategically dispersed around the globe. In fact, as of this year, we have a couch to surf in 11 countries – from sunny Portugal to chilly Ukraine. 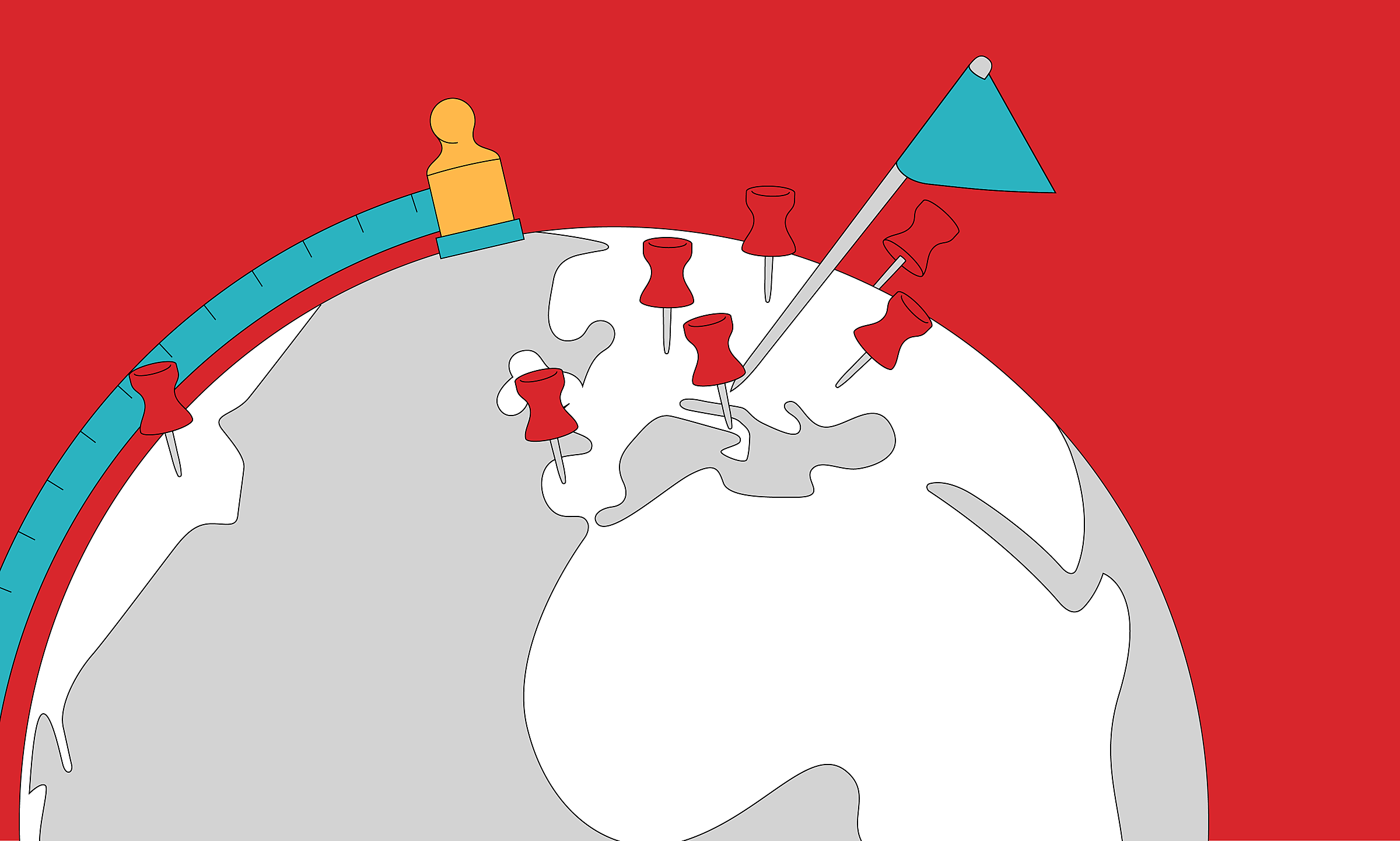 Working from remote homes and offices

You're reading this article on infinum.com domain now, but it hasn’t always been that way. In fact, it took 7 years of back-and-forth emailing for Tomislav to get his hands on it.

On the other hand, it took about 7 minutes to finish the monstrous cake we celebrated our acquisition of the infinum.com domain with. 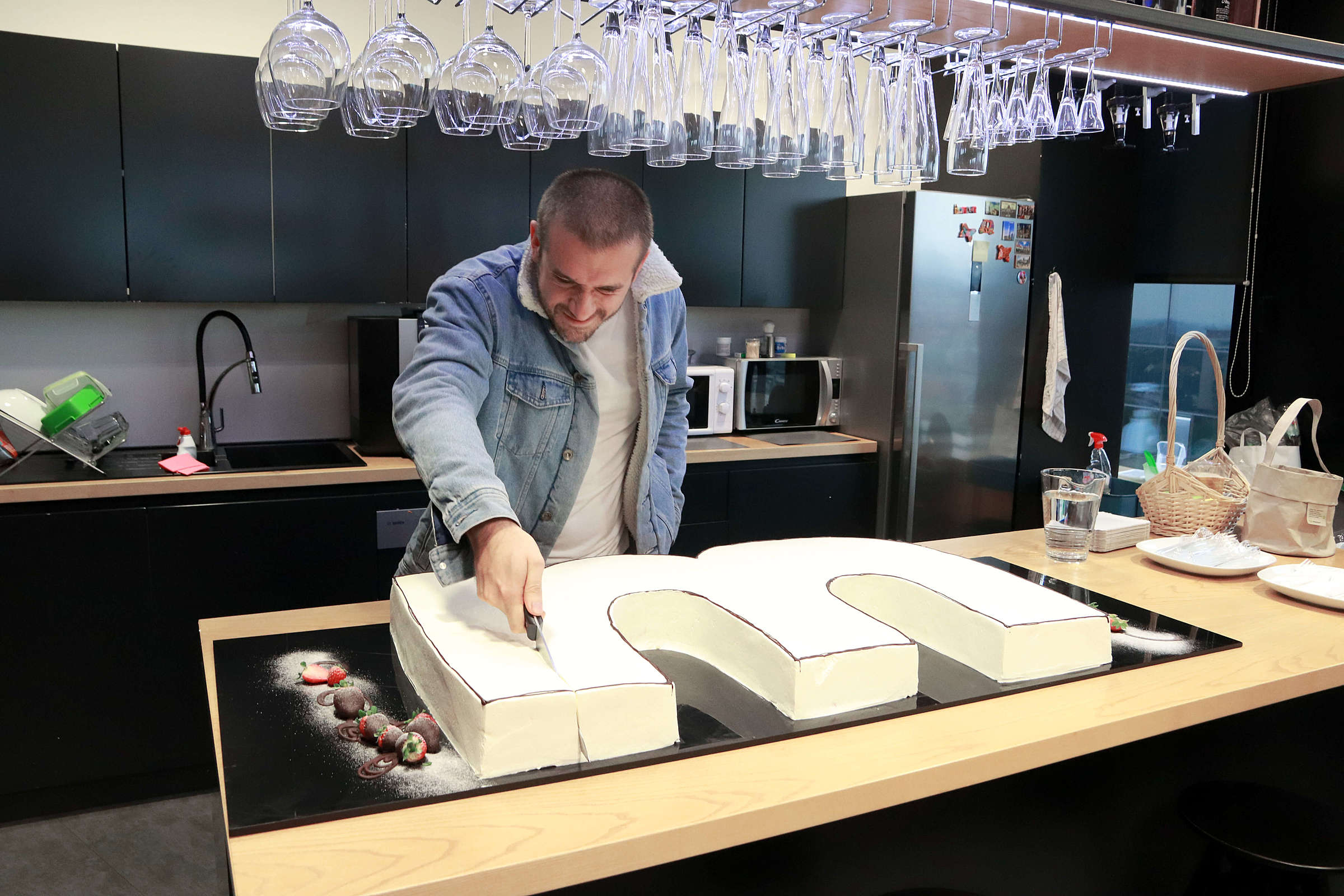 How do we cut this thing

5. Infinum Academy educated 81 graduates and branched out to Ljubljana

Infinum Academy has slowly grown roots in Zagreb, having celebrated its 5th birthday this year. This year, we educated & congratulated 67 Development Course and 14 Design Course graduates.

For the first time since Infinum Academy was founded, we organized a Development Course in Slovenia’s capital. A total of 129 applications proved that practical education is in high demand and talented young experts are ready to jump on opportunities and code the day away. 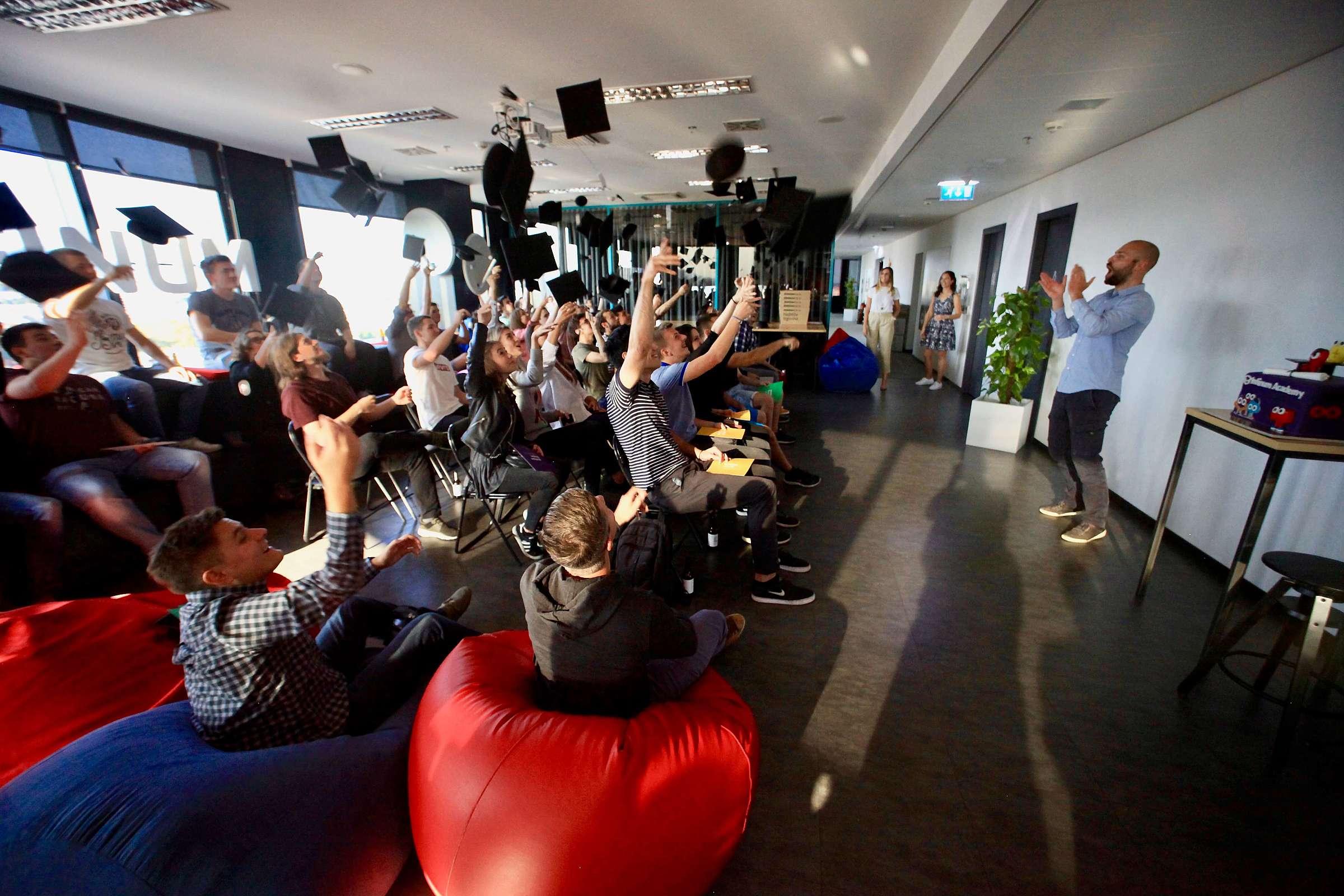 Hats off to the students and mentors

OK, a toga, to be exact. He was invited to say a few wise words and make the commencement speech at the graduation ceremony of the Croatian Faculty of Electrical Engineering, the alma mater of Infinum’s founders. 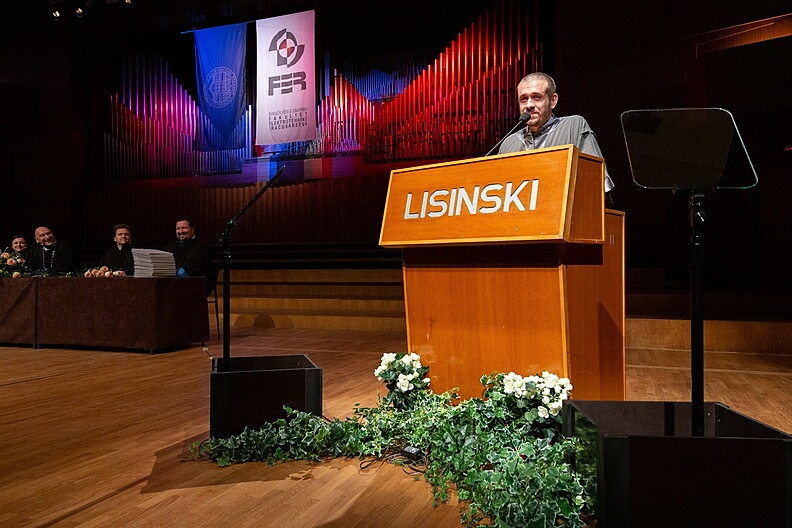 They didn’t let him keep the toga

Tomislav advised the graduates not to panic whatever they do, and never to lose sight of the kind of privilege that working in IT is.

He was especially proud to see familiar faces among the graduates who are already on the Infinum team!

The year culminated with the Clutch 1% award, a recognition given to the best 1000 companies who have gotten the best client feedback for mobile app development, custom software development, and web development services they provided.

In addition to that, we scored a spot on Deloitte's Technology Fast 500™ List, the list of fastest-growing technology companies in Europe, the Middle East, and Africa, taking into account revenue growth rate from 2014 to 2017.

To honor the creative process and the effort behind all the concepts that weren’t chosen by clients, Infinum’s design team has built a unique design lagoon. Their vision was to give other designers a source of inspiration and start a community of learning and sharing knowledge.

For the website’s launch, Infinum hosted a panel at which renowned regional visual designers discussed all things design. There was so much creativity in the air, you could slice it! 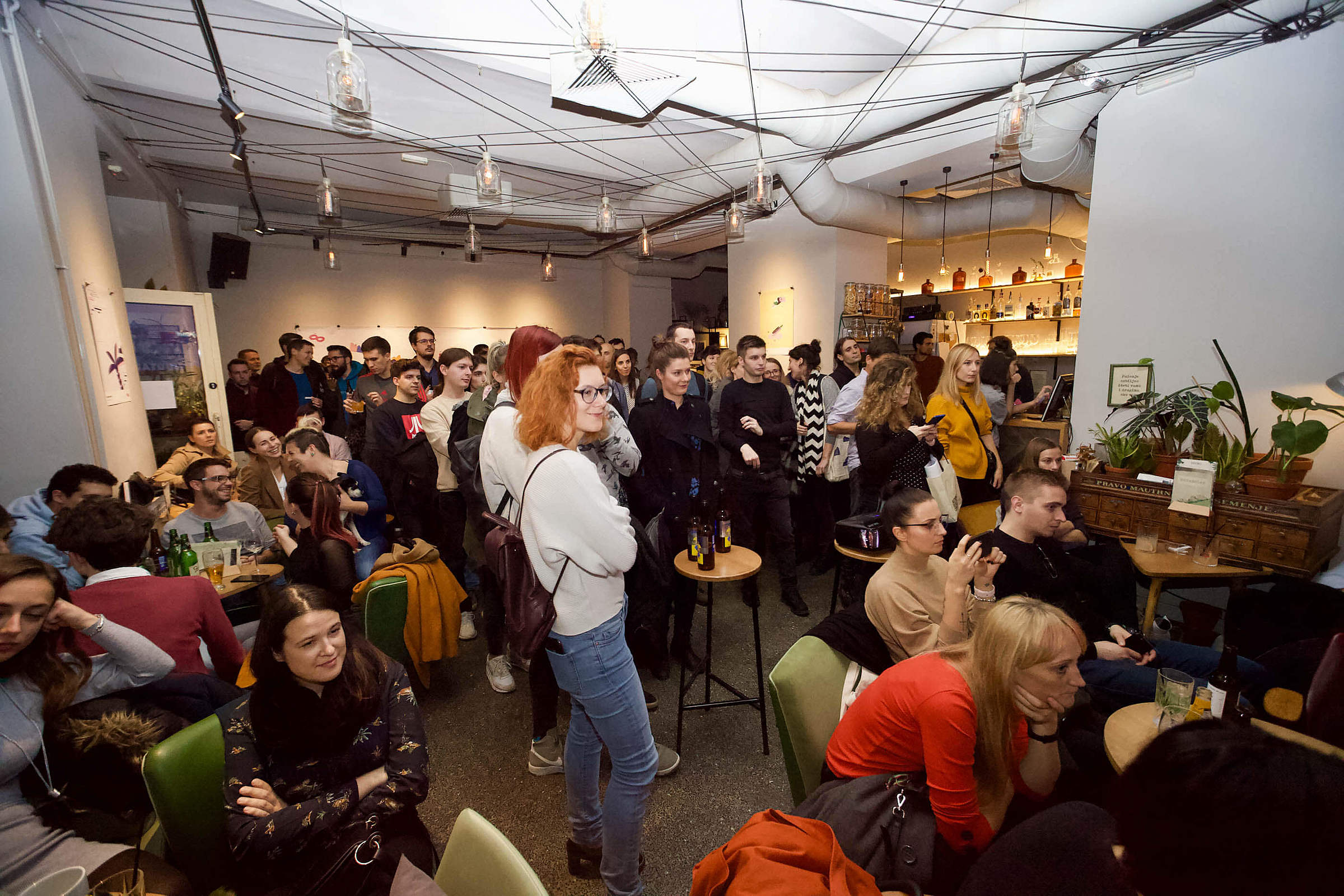 The launch of Design Islands

This year has been fruitful for the writers of Infinum, too, with a total of 50 articles having been published on our blog, the Capsized Eight.

Apart from being featured in our original tech-specialized newsletters, many of these articles were included in big newsletters like androidweekly.net and iOS Goodies. Proud!

10. Free accommodation in Zagreb for our partners & team members

When our design team got tired of branding T-shirts and mugs, we got an apartment in the center of Zagreb with plenty of room for our logo and designs.

It doubles as an airbnb for our partners, too! 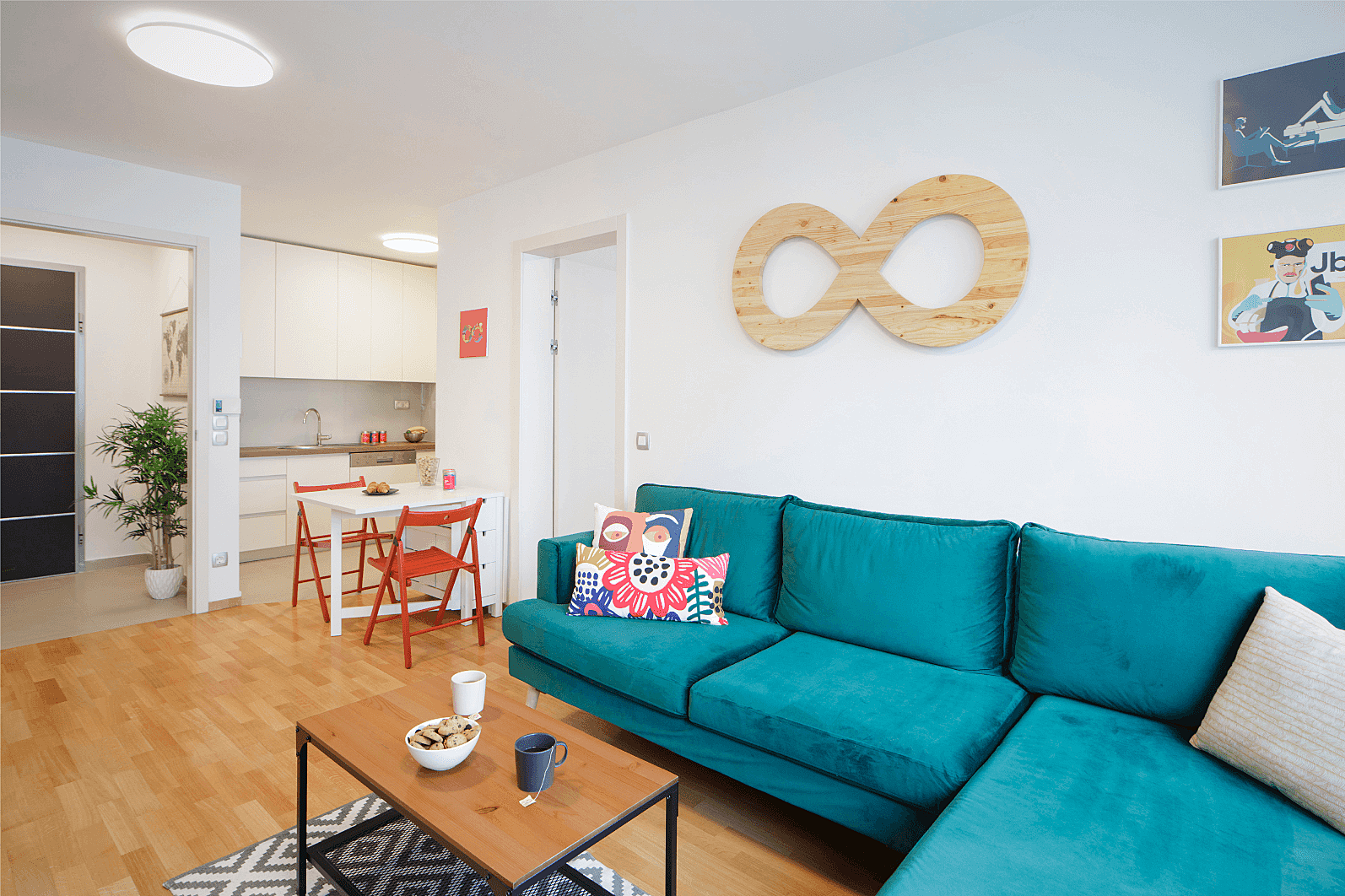 Can you tell we love plants?

11. Merch that floats your boat

Let me say that again – we really don’t like boring merch that ends up forgotten about or thrown away. We like our merch where we can see it, and we sure saw it all over the Adriatic coast this summer. 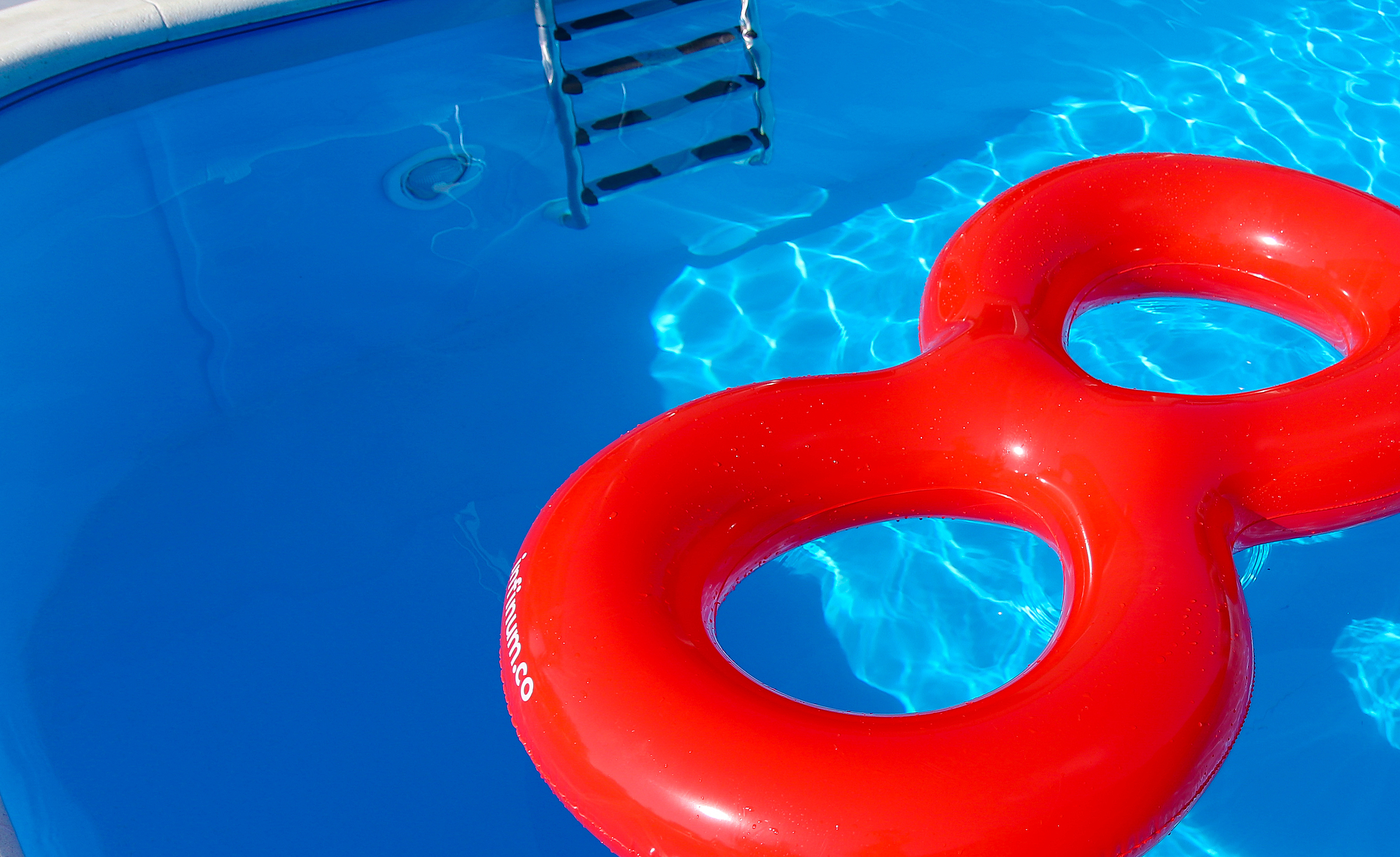 The two holes in our logo came in handy

The team at Infinum specializes in web development, design, and dancing around topless. So much so, in fact, that we’ve made a movie to honor the tradition of developers stripping down to the 80s hit song entitled the Program of your computer with a short documentary.

We’ve submitted it to a couple of film festivals so we can’t show you the full movie JUST YET. In the meantime, have a look at the teaser.

13. Enjoying the view from the 19th floor

Finally, some of those topless developers moved to new digs in the building across the street, to the 19th floor. 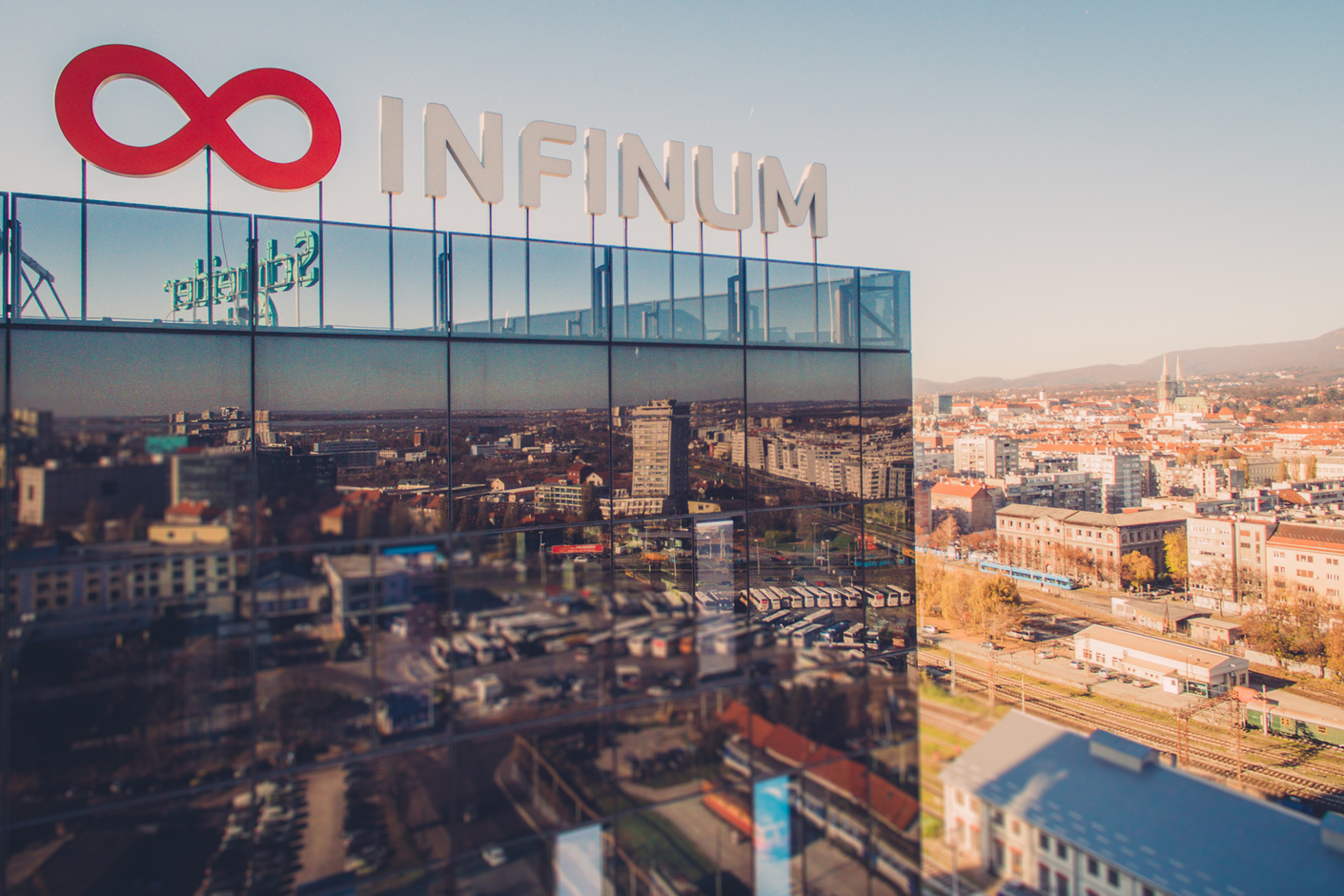 There’s a pretty nice view from up there, and clear skies ahead.

This look inside the crystal ball is the courtesy of designer Dubravko Tuksar.

Keep reading our blog
Tomislav C.
—
5 min read
We Bought One Letter for $25,000
When I was a kid, one of the most popular TV shows was The Wheel of Fortune. I remember...
Tomislav C.
—
1 min read
Infinum Recognized by Deloitte Again, Takes a Spot on the Technology Fast 500...
The first week of autumn kicked off with fantastic news–Deloitte published the winners of...
Matej S.
—
4 min read
Fojo the Ultimate Camera App for Your IPhone
This is the story of how we created one of the most powerful iPhone camera apps in the world. But...
View all posts