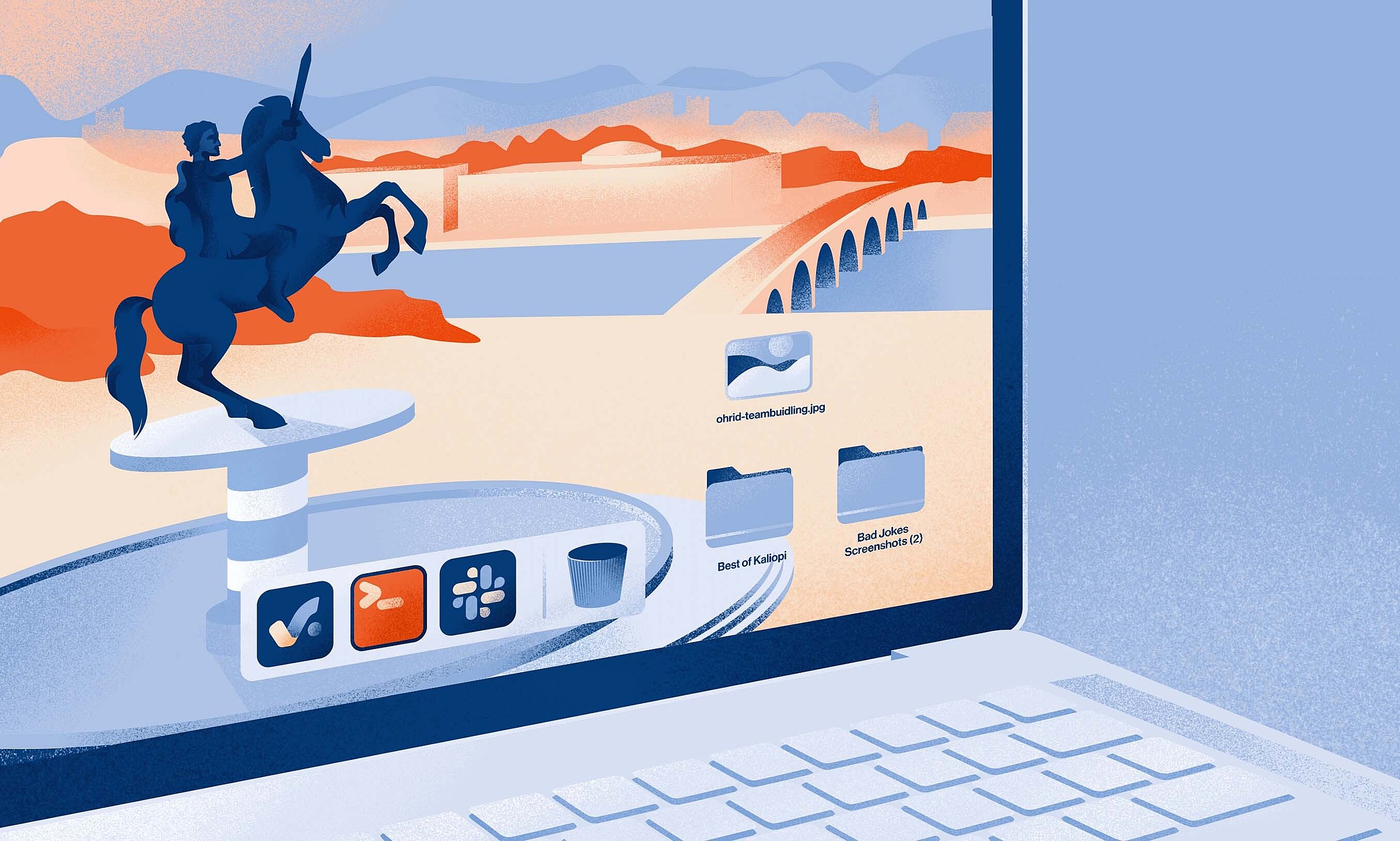 What’s the first thing that comes to mind when you think about North Macedonia? Maybe it’s Skopje’s statues, mountain peaks galore, or the scenic lake Ohrid.

Here are some lesser-known facts about North Macedonia: It is the only European country that has an actual ruby mine, it is home to one of the oldest astronomical observatories, and it's the birthplace of Mother Theresa.

Another lesser-known fact is that Infinum will soon have 30 new Macedonian colleagues and an office in Skopje.

Third new location in one year

Having recently announced our new offices in Podgorica and London, Infinum is now starting operations in yet another location: Skopje, North Macedonia.

After years of growing Infinum organically and starting offices in new locations from scratch, our latest expansion effort is an acquisition of the Macedonian company 3P Development.

Acquiring another company marks a new chapter in the development of Infinum.

3P Development employs around 30 engineers, designers, and project managers. They have ample experience working with big international clients in the telcom, retail, and hospitality industries.

Infinum has been partners with 3P Development since 2017. They share our way of thinking as well as our desire to grow and develop further as a company, so the decision to acquire the company came instinctively.

Also, our languages are quite similar, or at least that’s what Croatians tell themselves when Macedonians speak Serbian to them.

The Macedonian team will be led by Gjorgi Kosev, 3P Development’s CEO and founder. According to him, our relationship was like love at first sight, direct quote.

“From the very first day, I was impressed by their work ethics and their approach to employees and clients. I’m thrilled that Infinum recognized the synergy between our companies and that 3P is becoming a part of the team,” said Gjorgi.

Gjorgi has more than 15 years of international experience in business development and management. Before starting 3P Development, he lived in Prague and New York and has worked for companies such as Oracle and Seavus. Now, he is updating his job title from CEO to Managing Director of Infinum North Macedonia. Good luck fitting that on a business card.

Our Macedonian colleagues will be working from a spacious office right at the corner of Skopje’s main square. Not that it’s a competition or anything, but the square has a larger horseman statue AND a larger fountain than Zagreb. Take that, headquarters.

There’s also a cave in North Macedonia that looks exactly like the one in LOTR. Maybe we’ll go looking for Gollum, or we’ll just ask about the best place to try the famous gravče na tavče.

Either way, we're thrilled to welcome 30 new colleagues to Infinum's Productive workspace. As with Skopje's statues, there is always room to add a few more.

Due to the size of Infinum Group, the acquisition process is still ongoing and is subject to the approval of the Macedonian Competition Commission.