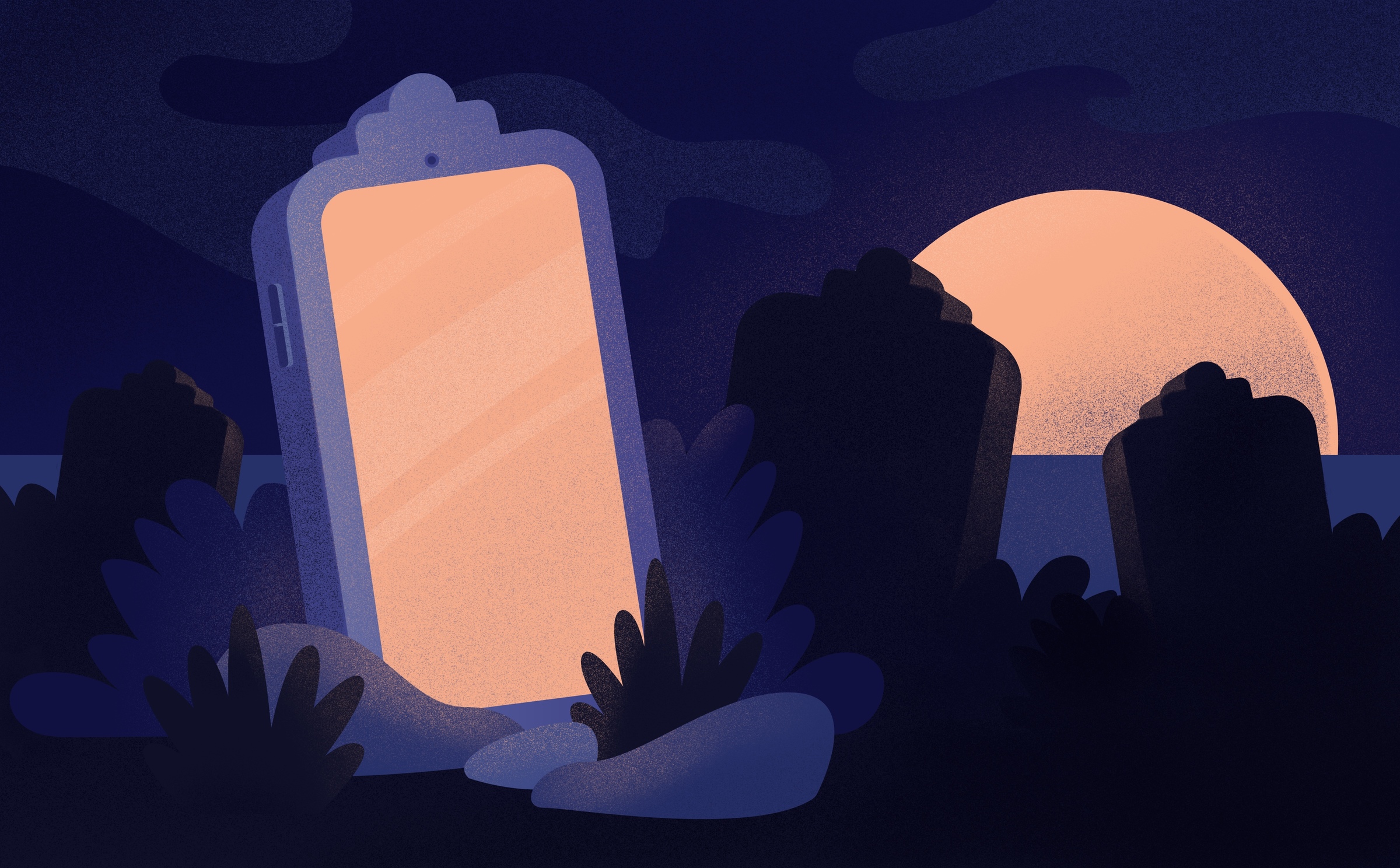 In case the nearing ending of a decade doesn’t sound scary and you need more proof you’re getting old, I’ll have you know it’s been almost 20 years since the movie "How the Grinch Stole Christmas" came out, the dot-com bubble burst, and the first tablet device was released.

Apple didn’t invent the tablet, but it might as well have

The tablet device, an invention often attributed to Steve Jobs and Apple, really came to be as a Microsoft prototype Bill Gates first released in 2000. However, it took another 10 years and an iPad for the tablet to gain popularity. On the day it was released, Apple sold more than 300,000 iPads.

There was room for a new category of device, Jobs explained as he presented the revolutionary device in all its glory. It had the best of both the PC and the smartphone worlds packed in a lightweight casing the size of a journal. 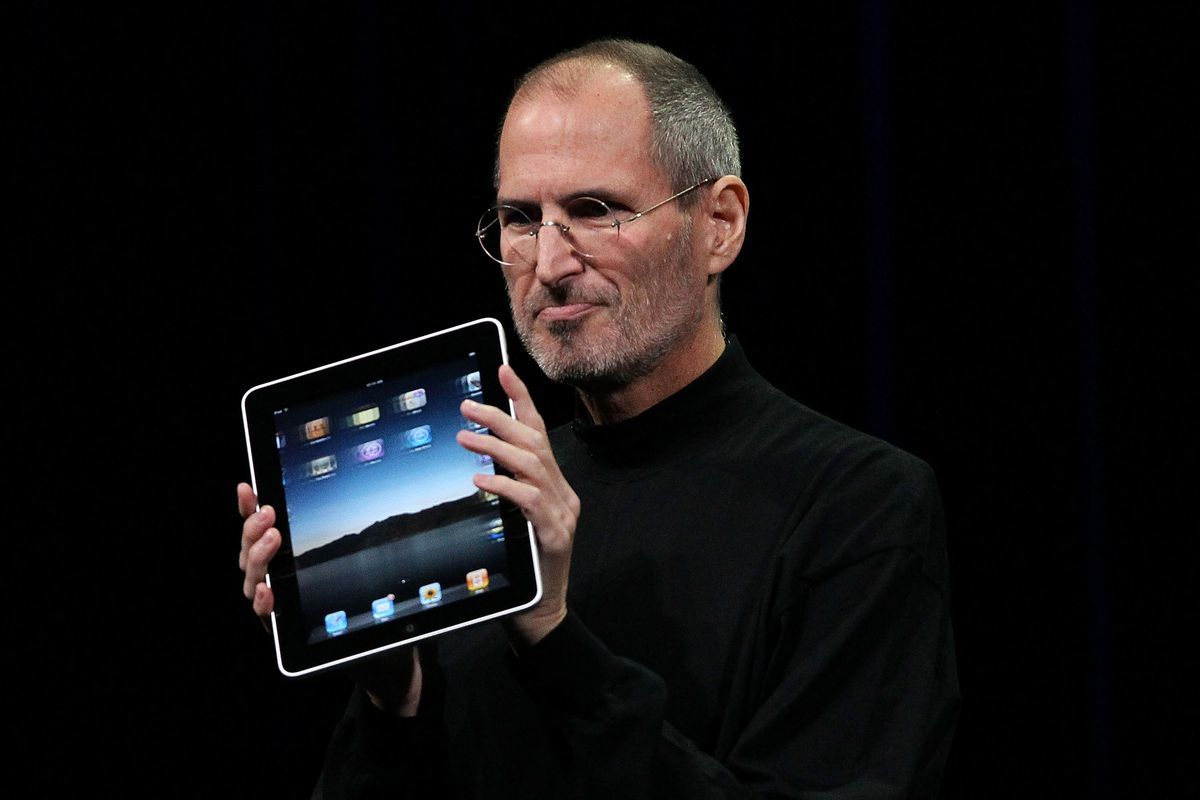 The "My tablet's better than yours" smirk.

The tablet was as versatile as a computer but not as bulky. It was portable like a mobile phone but had a significantly longer battery life. It seemed to be the missing link.

Nobody cares about (Android) tablets

Global tablet sales have been shrinking year-on-year for around half the time tablets have existed.

According to analysts, the tablet market peaked in 2014 when 250 million tablets were shipped worldwide, and consumer demand has dried up since. A report by Pew found that 53% of American adults use tablets, but they are clearly not upgrading their devices.

What’s that all about?

The 2016 survey that looked into consumer preference concerning media consumption might offer some insight into the root of tablets' demise.

In the survey, Deloitte asked to name their preferred device types for 15 different activities, which ranged from streaming TV to making online purchases. According to 30,000 respondents, the tablet was the preferred device for none of these activities. 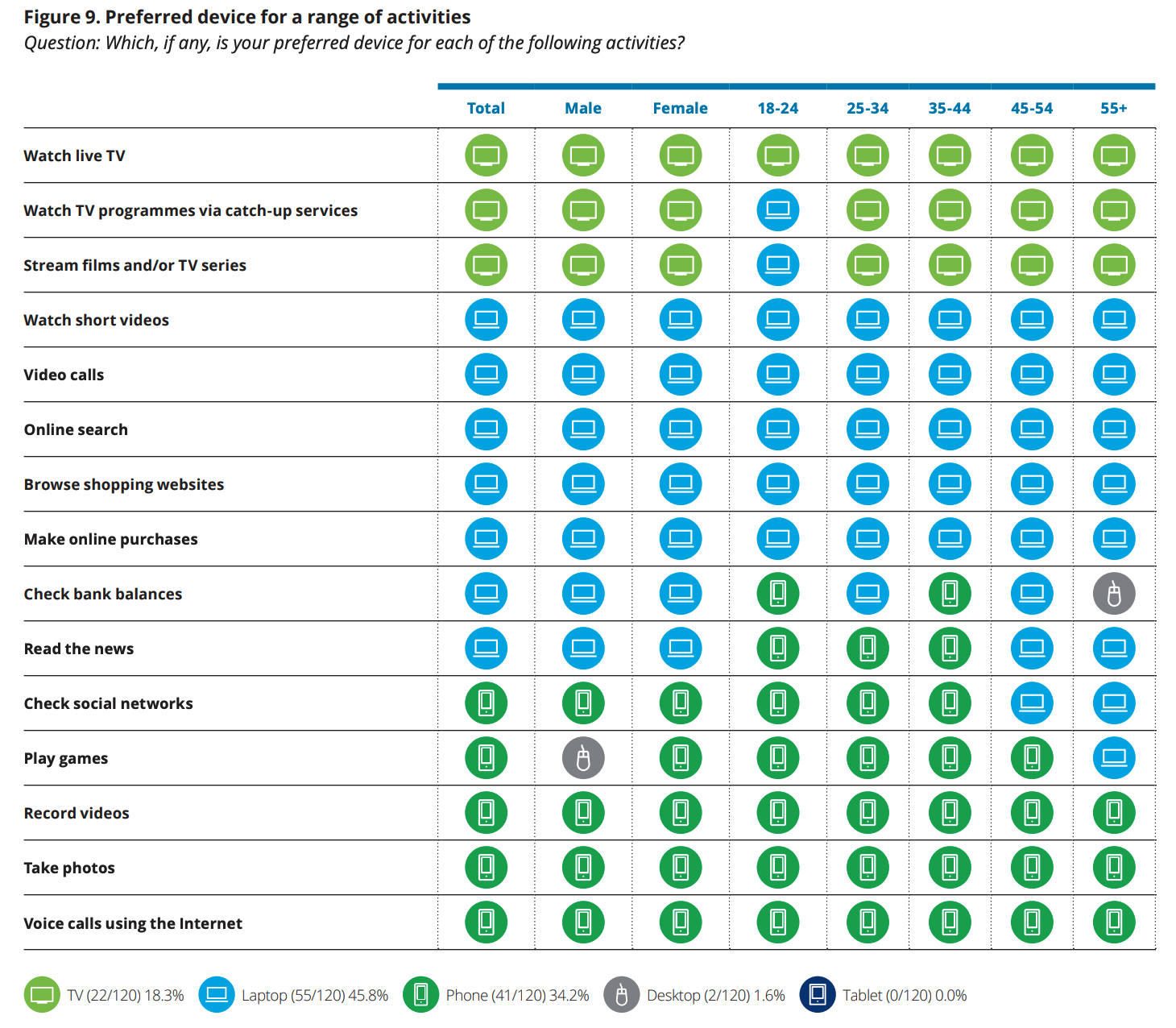 Surely enough, the survey didn’t take into consideration the use of tablet as a pacifier for overly energetic children, a category in which the tablet shines. This is in part because tablets for kids are a category on their own, and mostly because those devices are focused around specific content, rather than functionalities and user experience.

In the case of tablets, software killed the hardware’s potential

Two facts need to be addressed when discussing the factors that contributed to the tablet market collapsing.

Fact 1: User experience, actually the lack thereof, is the main culprit for the tablet’s fall.

In all fairness, both the first iPad and the first line of Android-powered tablets simply looked and felt like enlarged smartphones.

However, in the years that followed, Apple was dedicated in perfecting user experience and performance while simultaneously upgrading the hardware, while Android-powered tablet manufacturers kept lowering device prices and increasing variety, paying little attention to the software that ran on them.

Fact 2: Android was an OS built for smartphones, the majority of which didn’t exceed the dimensions at which Android tablets usually started.

Google's lack of investment in tablet apps, high-performance processors, and the needs of enterprise users, coupled with years of usability negligence, have slowly been chipping away at the (Android) tablet market, culminating in Google leaving the tablet-making game for good in June this year.

Surely, one could argue that iOS was also intended for smartphones, but Apple has historically urged app developers to create iPad-specific apps.

This has fueled the iPad’s evolution into a professional device that’s used for creating art, editing content, and running enterprise business applications, even long before it rebranded iOS for iPad as iPadOS following the 13.1 update. 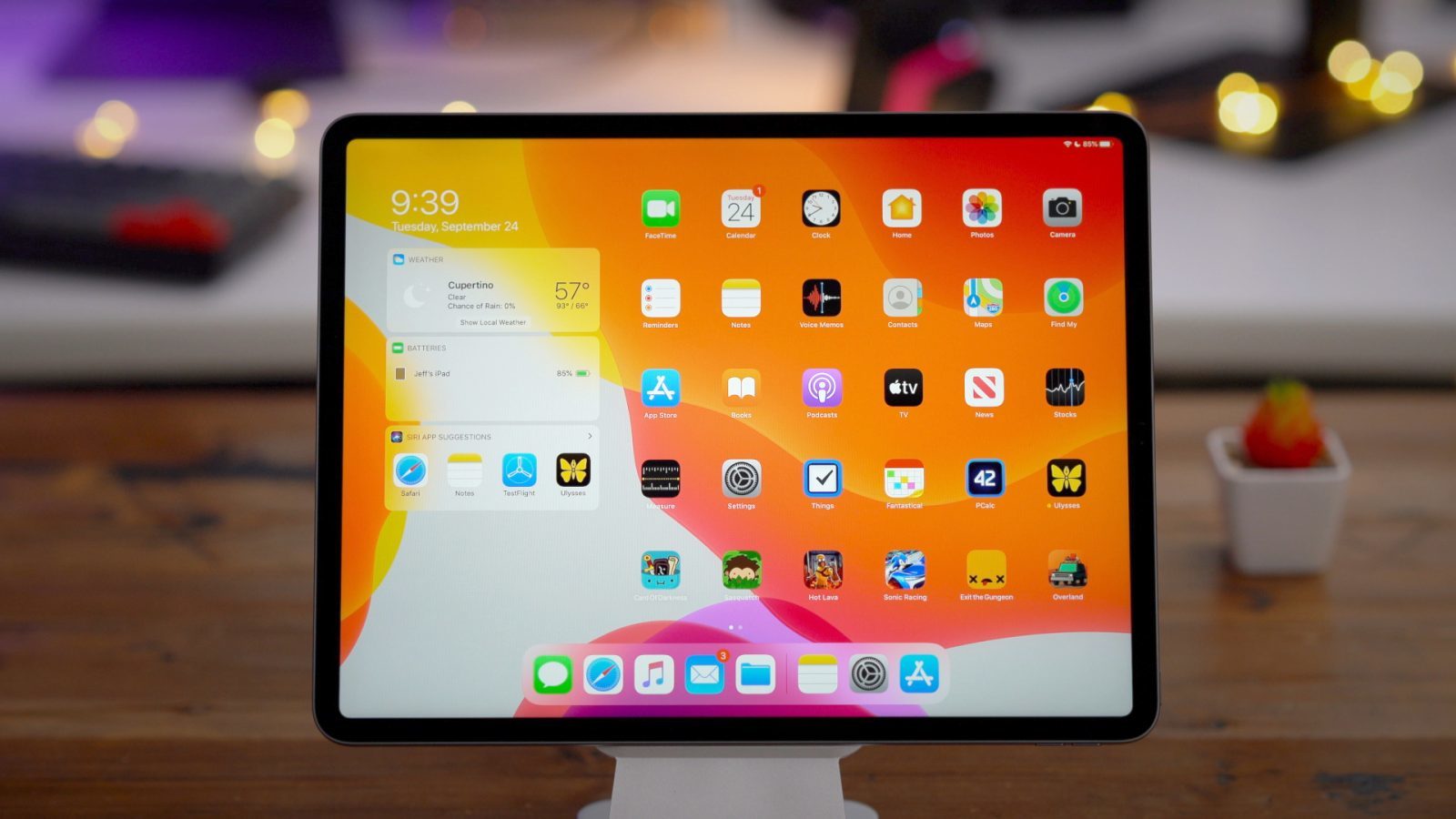 The unique experiece gets own name: iPad OS.

Although the decline in the consumer space is not easy to offset, tablets are being increasingly used in the enterprise. The use cases for the device are arising cross-enterprise, especially in client-facing, creative, and mobile employee roles.

In fact, tablet use in the enterprise accounts for one fifth of the overall market in EMEA nowadays, and consistently outperforms the market average.

Apple paved its way into enterprise a long time ago

Apple has obviously predicted this course of events, as it has long worked to forge relationships with enterprise institutions such as IBM, Salesforce, Deloitte, and others to build enterprise-grade solutions around iOS.

Long before Microsoft started doing it with its Surface line, anyway. 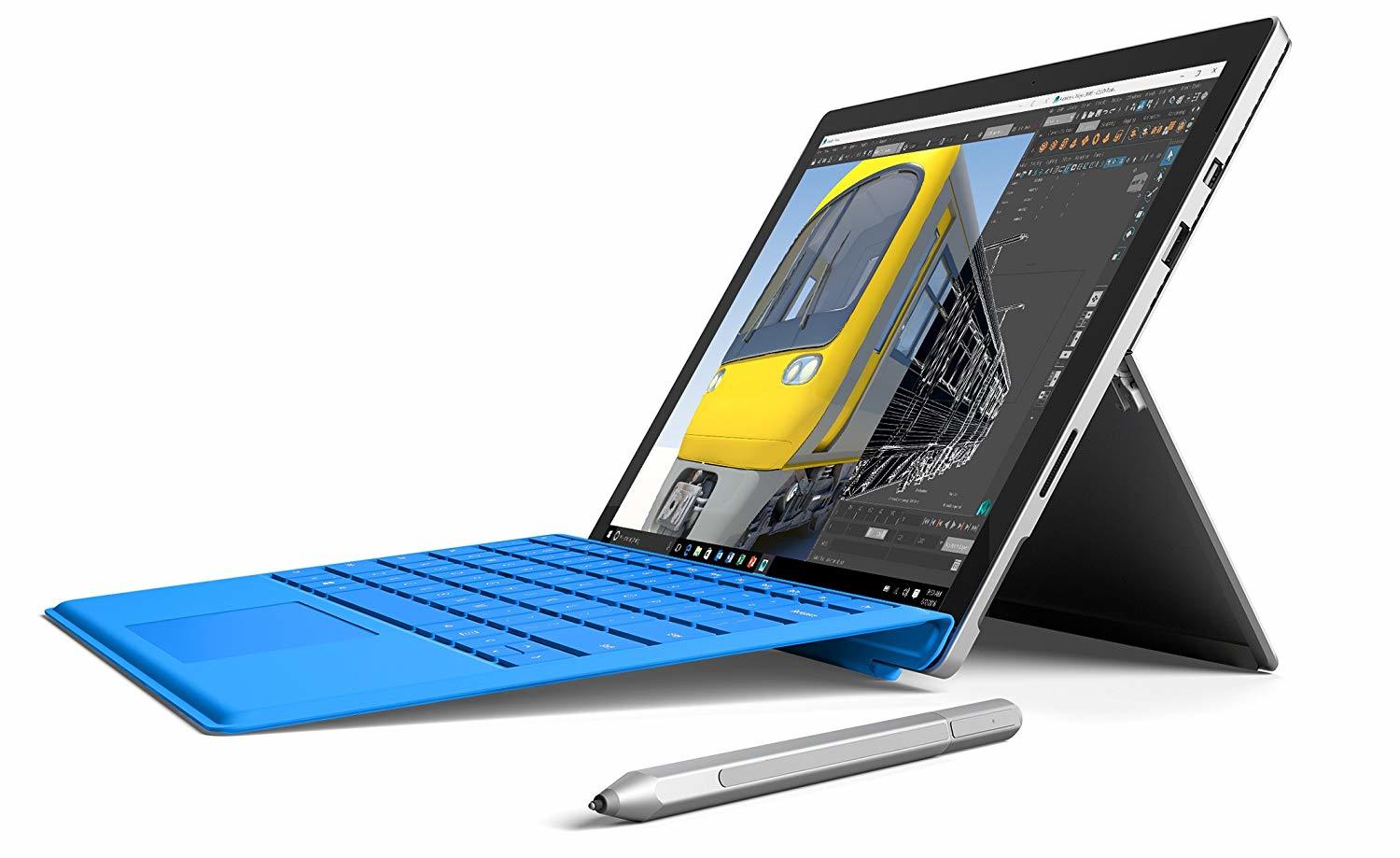 Microsoft’s new tablet has since established itself as a reliable business device that leverages their suite of enterprise apps, bringing home positive feedback and increasing revenue.

The predictions for the future are even better. Market analysts forecast the global enterprise tablet market to grow at the annual growth rate of 8.61% for the period 2019-2023.

Even though the tablet is not an optimal device choice for every business, it has proven to be beneficial across multiple industries.

Tablets can be utilized in finance, retail, manufacturing, field mobility, hospitality, healthcare, and education, to name a few.

In the workplace, it can be a check-in device in or a delivery tracker. In retail, it’s often a powerful customer feedback gathering touchpoint and engine. In the beauty sector, it’s been adopted as a virtual try-on device. 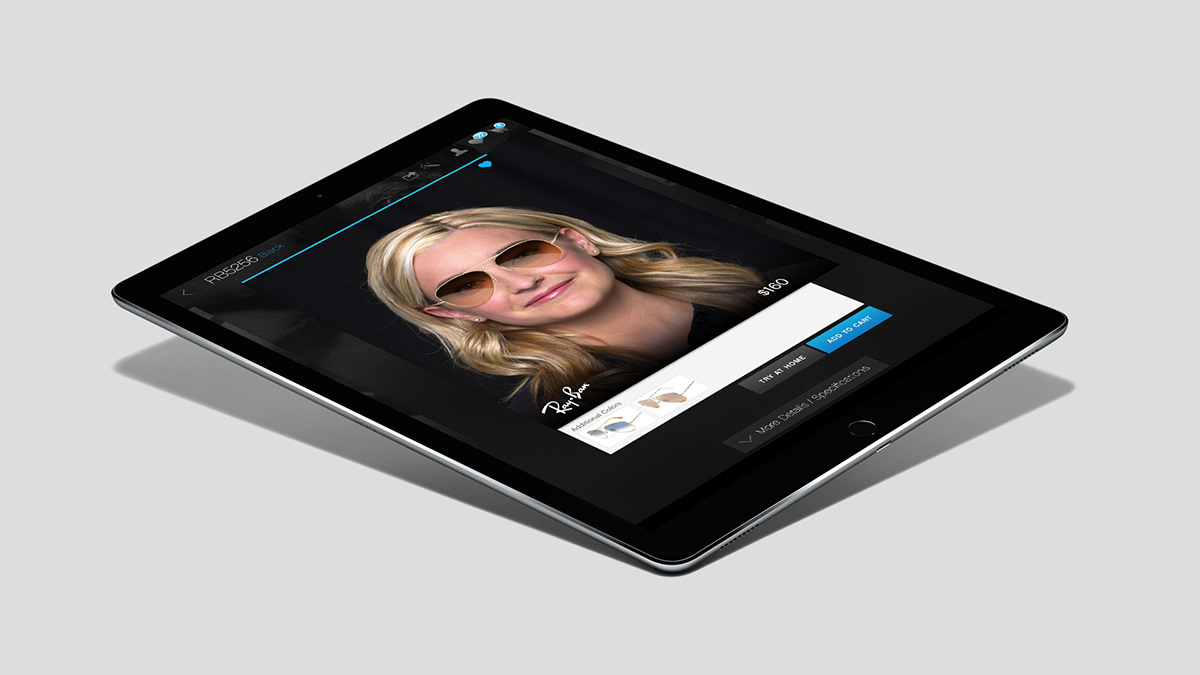 Look good on photos without ever cashing out on a pair.

In the hospitality sector, it is being increasingly implemented as a console for controlling connected devices and appliances, and the mobility industry probably wouldn’t know its way without the tablet GPS.

But even within the same industry, the need for a tablet device can differ depending on the role an employee has in the organization.

Tablet as a PC replacement

A tablet used as a primary device is able to replace your laptop, usually for occupations whose work happens mostly on-the-go, as well as client-facing roles. 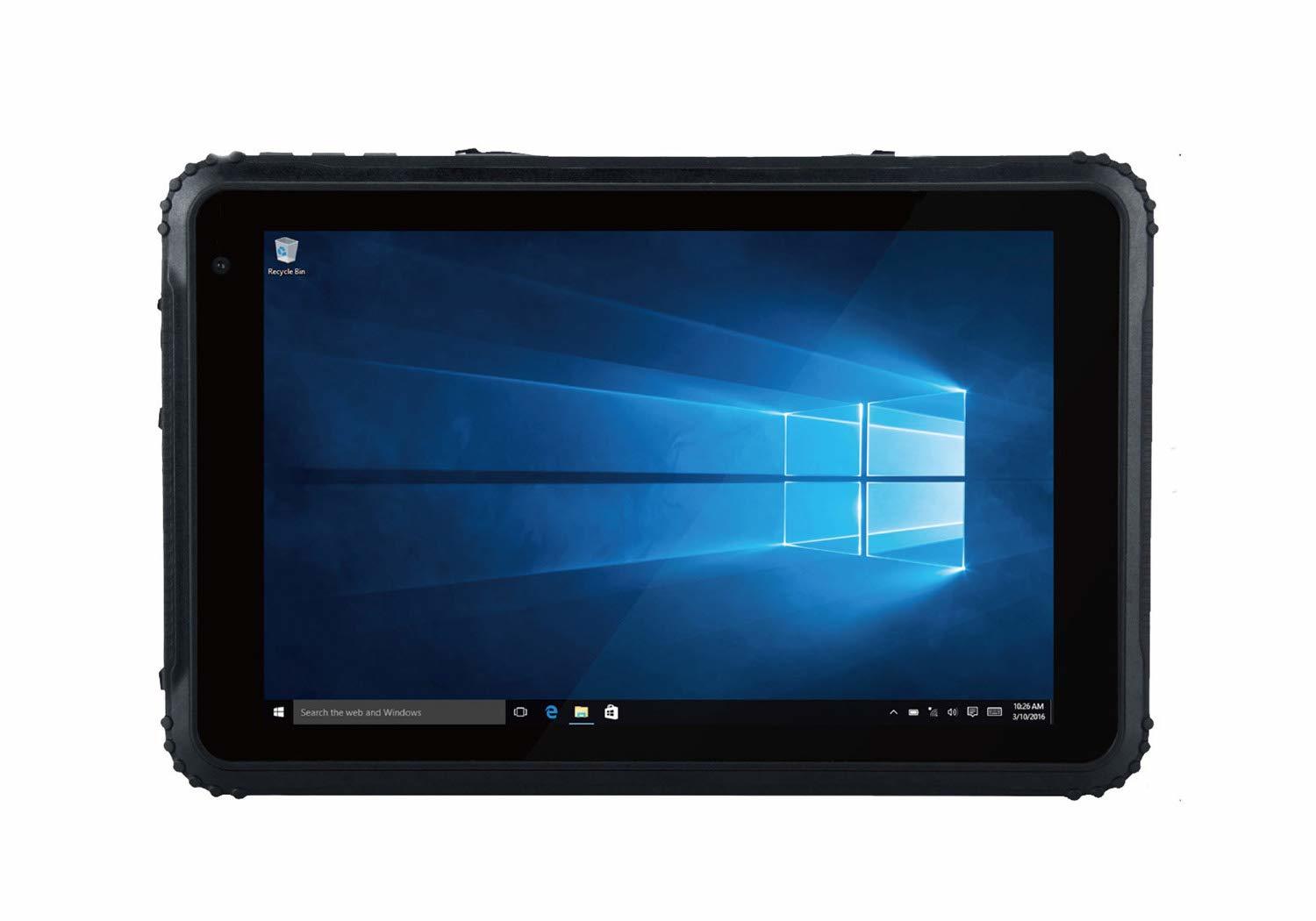 The rugged tablet can endure getting dropped, stomped on, and submerged.

Similarly, customer-facing employees will use the tablet for inputting orders and processing payments, or as replacements for old-school cash registers and desktops.

Tablet as a complementary device

On the other side of the equation are the employees who already have reliable laptops or desktops for performing their daily operations. They are more likely to use the tablet as a supplemental device, to catch up on news, read e-books, consume media, and write a couple of emails.

The slate of success in the enterprise

While the general public continues to mourn tablets, enterprises are finding new ways to leverage the device's power, flexibility, and competitive pricing. 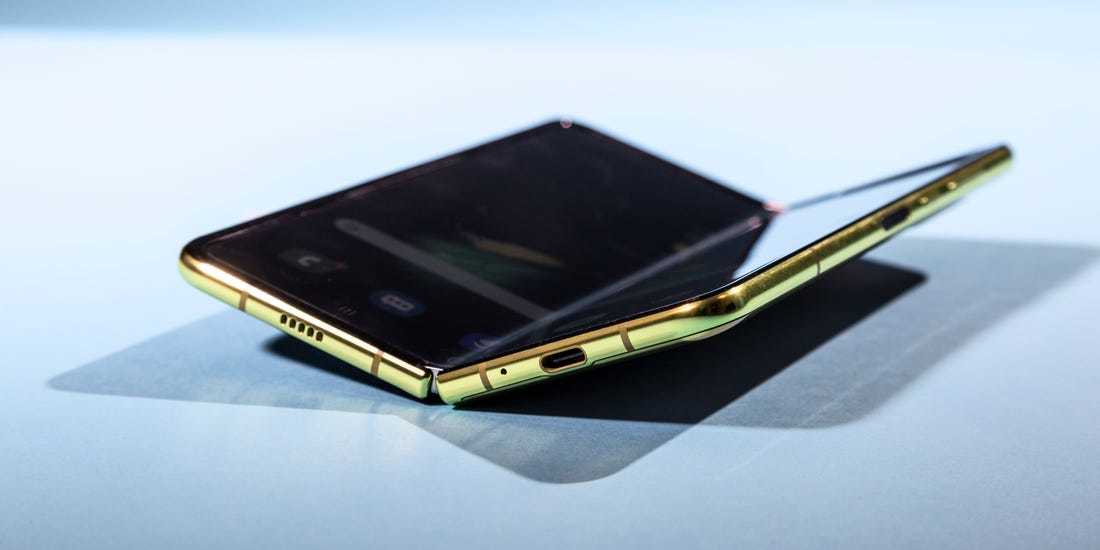 Is this the future of tablets?

As the demand for enterprise-level tablet continually pushes new device models out on the market, injecting life back into tablets bit by bit, the force driving device choice in the digital transformation should be the employee’s role in the enterprise.

Field workers will appreciate long battery life and ruggedness; a sales presenter cares about immaculate connectivity and screen size; whereas an administrative clerk’s concern might be whether the tablet’s processing power and storage space are sufficient to store their gathered data.

Tablets, resurrected in the enterprise

Finally, after years of being on the death row, it seems that resurrection is on the horizon for tablets–one led by providers striving to deliver the ultimate user experience along with the latest functionalities.

The tablet future belongs to providers who will continue perfecting software and hardware. Thousands of tablets that won't make it to the next decade have learned this the hard way.

Keep reading our blog
Tanja B.
—
7 min read
How to Create the Perfect Checkout Experience in 9 Simple Steps
Optimizing the most common user experience checkout issues can increase conversions by 35%.
Tomislav C.
—
1 min read
Porsche and Infinum, Together on a Ride
Infinum and Porsche Digital join forces to become a digital innovation hub for high-tech...
Bojan B.
—
5 min read
5 Ways Physical Stores Integrate Technology
Because building a webshop is not the only way to take a brick-and-mortar store to the world of...
View all posts