It isn't the yacht week, and the next season of Game of Thrones is not slated for release until 2019, but a quick glance at Google Trends can tell you the internet has gone crazy for Croatia. So what is it that has the world feeling Croatia, and Croatians feeling like champions? 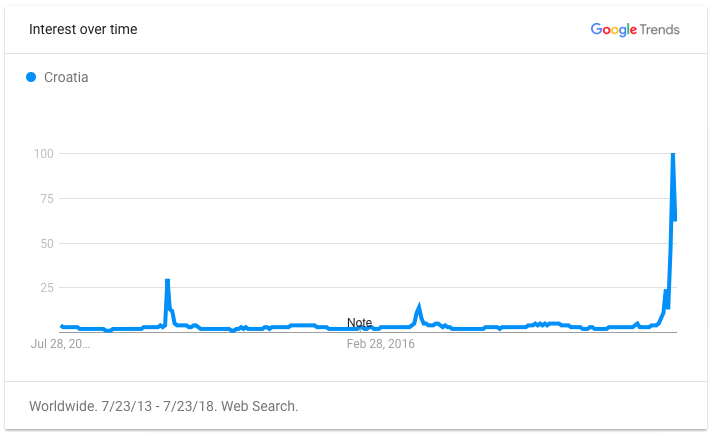 For those living under a rock, Croatia's national football team were runners-up at the 2018 World Cup, securing a silver medal and making almost every single person holding the Croatian passport extremely proud.

Organized by FIFA and paid for by the Russians, this World Cup was by far the biggest breakout for Croatia's national football team. Led by the head coach Zlatko Dalić and captain Luka Modrić, the team played brilliantly. Argentina and Iceland were easy targets, but the suspense that followed was thrilling; first with Denmark, and then in the quarter-finals against home team Russia. Both were beaten at penalty kicks.

Even though England, the country that literally wrote the rules of modern football, had an arrogant kickoff, they couldn't hold off the pressure from Modrić, Perišić and the crew. For a game that was destined for extra-time, the goal by Mario Mandžukić declared that 'it's not coming home'. 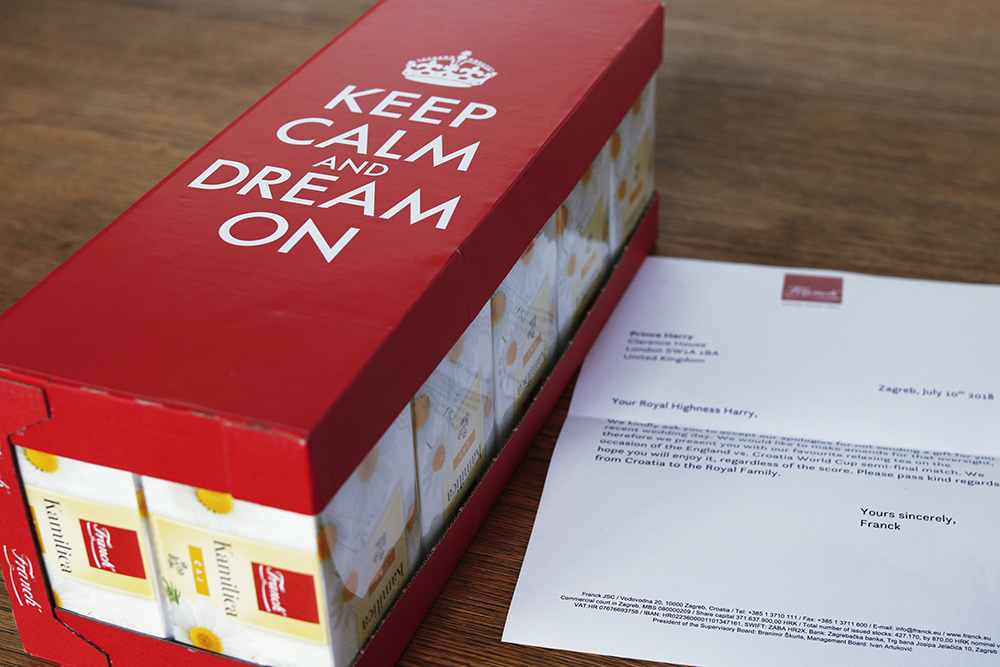 This win meant Croatia's up for the grand prize. They never made it this far, and the euphoria among fans hit new heights. Even though France ultimately went on winning the World Cup, Croatia rose to prominence simply because it's, unlike their croissant-eating opponent, far smaller and less known.

The lesson here is winning also means pushing boundaries and surpassing own achievements, both as individuals or as a collective.

The official numbers aren't disclosed, but one article estimated 3.4 billion people across the globe will ultimately have watched this year's World Cup. Now that's a big number!

Memes of all kinds were spawning across the internet. The conduct of the Croatian's president Kolinda Grabar Kitarovic, hugging and kissing everybody during the award ceremony has for sure helped with the hype.

Who did it better?

This was Croatia's winning recipe for becoming an overnight internet sensation. Every person that never heard a thing about the country is suddenly trying to look it up on a world map. For a nation of some four million people, this really is a big deal. A graph by Mediatoolkit indicates that after winning against Russia, Croatia got more coverage than in the last 3 years combined. Croatian Tourism Board rejoice!

To many, football (or soccer) is a religion, and while some argue it's the most important unimportant thing in the world, Croatia scored an impressive result and earned itself a fair share of the global spotlight for a brief moment in time. A spectacular homecoming that drew over 500,000 people to the streets was the culmination.

All in all, the country seems to welcome opportunities like the World Cup, where they can showcase their talents, determination, and character.

Luckily, football isn't the only sport Croatians are good at. Whether it's the Olympics, Wimbledon or the NBA, the country's athletes have stacked up impressive results over the years.

Led by siblings Janica and Ivica Kostelić, with six and four Olympic medals respectively, Croatian representatives have scored a total of 44 shiny medallions. NBA legends Dražen Petrović and Dino Rađa have been enlisted in the Basketball Hall of Fame, alongside legends like Michael Jordan, Magic Johnson, and Shaquille O'Neal. There's also Goran Ivanišević, a four-time Wimbledon finalist who entered the 2001 event as a wildcard before taking home the gold trophy.

It's not a small feat for such a tiny Mediterranean country. Dozens of athletes are regarded as national legends and there's no telling who might be next, but we'll wrap up our trip down the memory lane and let curious minds explore further. To conclude, it's safe to say sport plays a significant role in Croatia's culture.

But there's more to Croatia than just sports

Finding Croatia on a map is like finding a needle in a haystack, but the country's pride are not only athletes. Beyond sport, which is by far lighter for comprehension than science, Croatia's history is marked by innovators and visionaries. 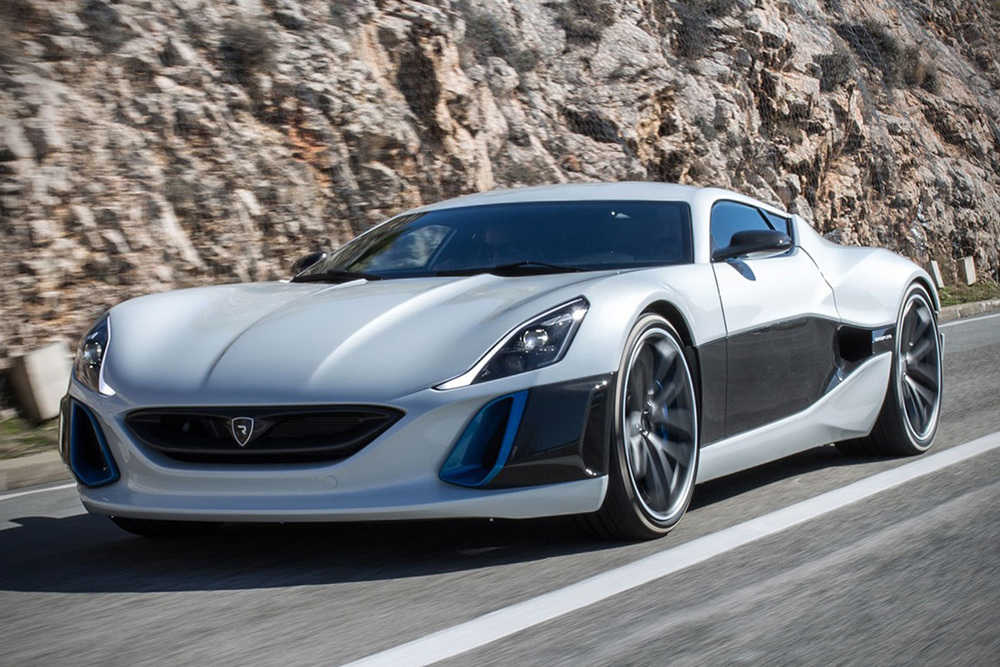 The inventor of the alternating current Nikola Tesla was born here. The modern parachute, mechanical pencil, torpedo and the antibiotic Azithromycin were all the results of brilliant Croatian minds. In more recent history, a programmer and student of the Faculty of Electrical Engineering and Computing in Zagreb created the AMP MP3 Playback Engine, which is considered to be the first MP3 player in the world and a predecessor of Winamp. And do you remember that lightning-fast car Richard Hammond crashed in? It's the world's fastest electric vehicle Concept One, devised by Mate Rimac, a Croatian inventor and entrepreneur.

Just this July, while everybody was fixated on football, Croatian mathematicians returned from the International Mathematical Olympiad. The young team brought five medals back from Romania. That's also an achievement to be proud of!

As a bonus, the most irrelevant piece of garment, the necktie, originates from Croatia.

One more thing Croatia's good at

Now we're getting to the juicy part. With over 1,000 islands, 8 national parks, 11 nature parks and 120 sunny days per year, Croatia is considered a tourism magnet. Rich in cultural heritage and tradition, packed with beaches, islands and mountains, serving up delicious Mediterranean cuisine, it truly is a destination that can satisfy even the pickiest of wanderlusts. Here's a couple of shots to whet your appetite.

The country was always considered a hidden jewel for culture-seeking aficionados, but it reached its full potential (read: discovered by the majority of Americans) only after the historical city of Dubrovnik doubled as the capital of Westeros in the Game of Thrones. The popularity of both Dubrovnik and Croatia immediately skyrocketed. A lesser known fact is that the series was actually filmed across multiple locations in the country. 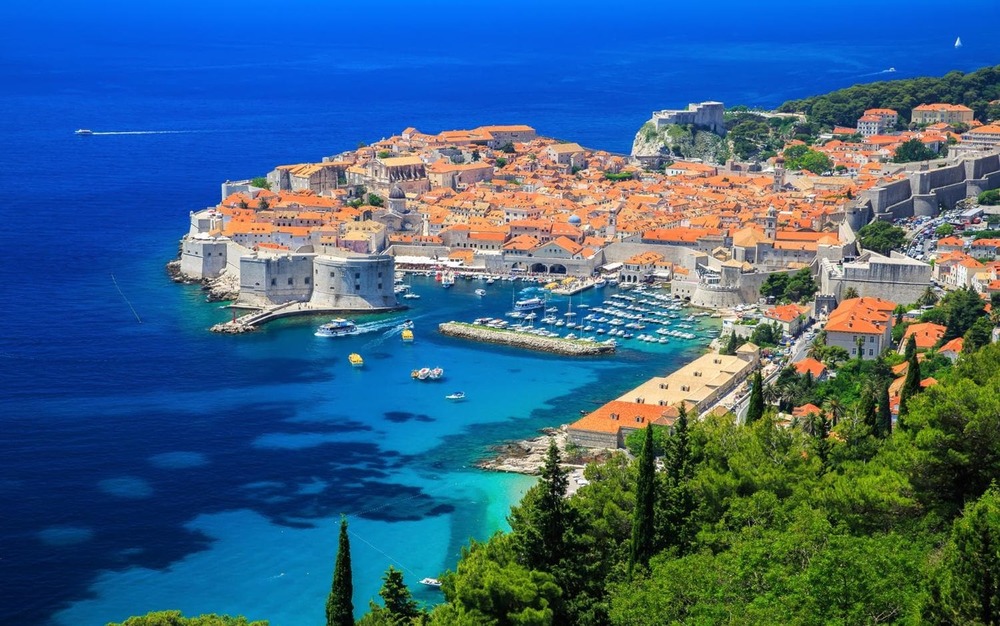 To most of the Croatian citizens that's all good news, especially considering tourism accounts for up to staggering 20% of GDP.

Now it's out there, Croatia is a country full of smart people, great at sports and want you to come visit. Look, there's even a heart-shaped island to prove that.

Galešnjak / the island of love in the heart of the Adriatic

Seriously, you should visit

We always knew Croatia is the place to be. That's why we've created a special landing page for all of you who want to visit. This guide will give you a better picture of where the country is, and help you experience the best of what it has to offer.

Hopefully, this tickled your imagination, and whether it's sports, history, innovation, or relaxation that piques your interest in Croatia, we hope you'll consider it for your bucket list.

Keep reading our blog
Mia M.
—
3 min read
Our Latest Badge of Honor in Information Security: ISO/IEC 27001:2013 Certifi...
Infinum receives ISO/IEC 27001:2013 certification.
Helena V.
—
5 min read
How We Managed Food Deliveries for 200+ Colleagues
Because a hungry developer is not a happy developer.
Matej S.
—
2 min read
2020 at Infinum: You Win Some, Lose Some
How this year took away our plans but brought in our best #1 Employer award so far
View all posts