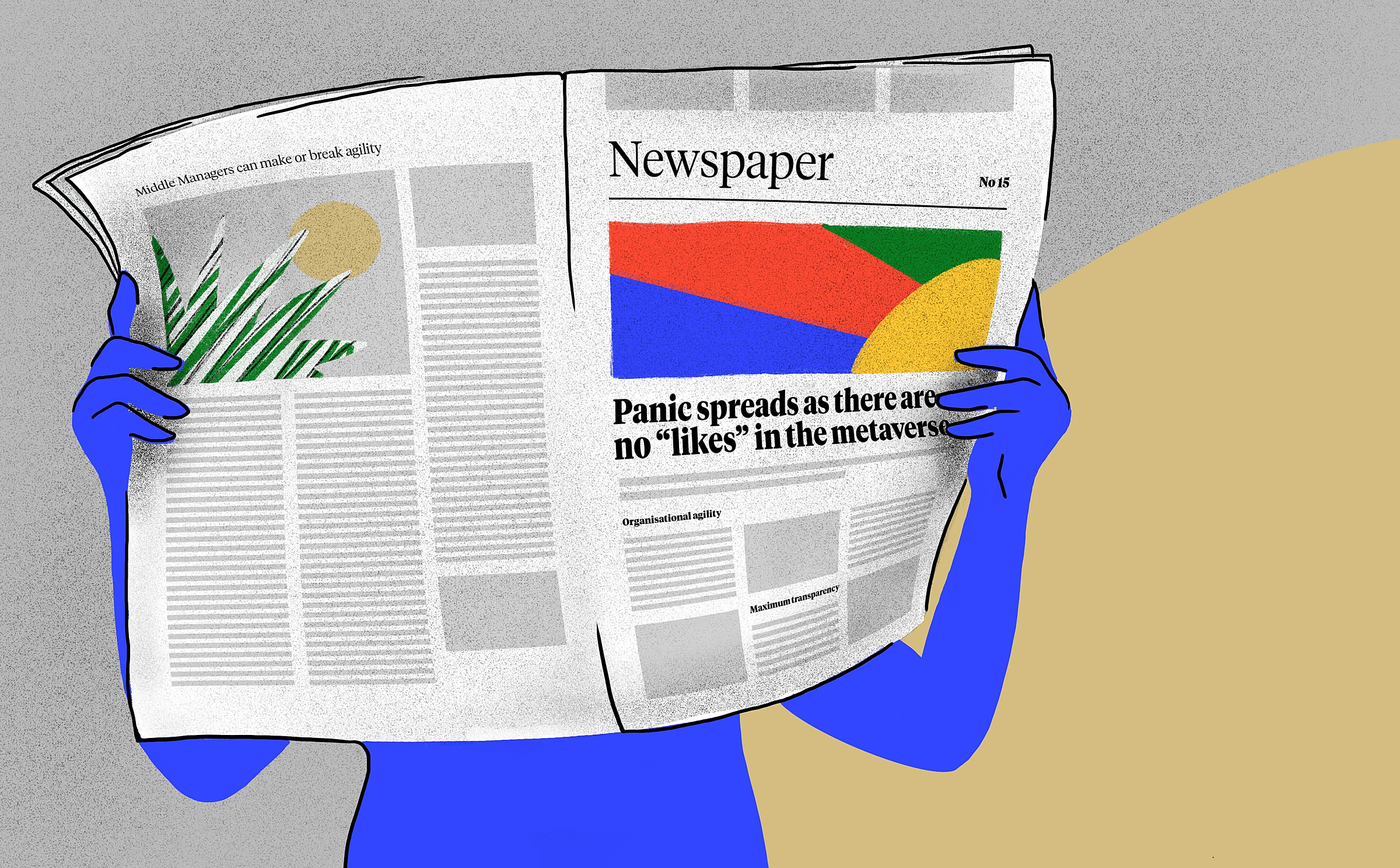 The way we stay in the loop about the wide world underwent a thorough transformation since. We now have “social” media, highly unregulated, uncompromisingly market-oriented, an endless source of information, as well as misinformation. The journalism I learned about is becoming a legacy profession, and journalists are soon to become as obsolete as toll takers.

However, old-school journalism had a moment last week, at the expense of Mr Zuckerberg.

The Facebook Papers flooded the media, old and new. They’re still called that way, as far as I know, the scandal itself wasn’t rebranded.

The whole thing started in September when the former-employee-gone-whistleblower Frances Haugen leaked a heap of internal documents first to the Wall Street Journal and then a consortium of news organizations, the US Securities and Exchange Commission, and the US Congress.

The media combed through the memos, emails, Slack messages, presentations, to reveal a host of issues that can ultimately be summed up in one sentence - Facebook places profit before the safety of its users. Oh, the surprise. More importantly, the documents prove the leadership is well aware of their harmful practices and is doing little or nothing to fix them.

Some of the main findings include its terrible moderation of hate speech, violent content, and misinformation in the non-English speaking world, its algorithms promoting social polarization and misinformation, Facebook playing a role in the January 6 US Capitol attack, hiding internal reports about Instagram having a harmful effect on teenage girls’ mental health. The list goes on and on, with more revelations still likely to surface.

Is the most popular social media platform doomed? Will we all need to open TikTok accounts? Most likely, not much or at least not soon.

In theory, Facebook might be facing a fine by the US Security and Exchange Commission, which also has the authority to remove Zuckerberg as chairman. Neither is very likely, though.

The talk of the need to establish a regulatory framework for tech companies has been louder and louder, the EU giving it slightly more advantage than the US. The Facebook Papers definitely gave it an additional boost. However, the wheels of legislation are slow to turn and have so far hardly been able to keep up with technological progress and its impact on society.

Are the users, sickened by the revelations, massively closing their accounts in protest? Also no. This is not the first scandal that the company has weathered. And while there are users, the advertising bucks follow.

Meta to the rescue

After the Facebook Papers stories exploded, Mark Zuckerberg announced that the company was rebranding itself as Meta. Makes sense, Zuck made it perfectly clear that he was directing his focus (and an ample portion of the budget) towards the metaverse. Still, the timing wasn’t at all bad to take a step back from the heavily criticized platform and emphasize that the parent company is not all about the largest social network anymore.

We must compliment his choice of the logo as well.

This is an excerpt from our monthly-ish company newsletter, where our resident writer Mia presents a mishmash of tech and business news, not missing the chance to comment. If you would like to see a story like this in your inbox, subscribe at https://infinum.com/news/