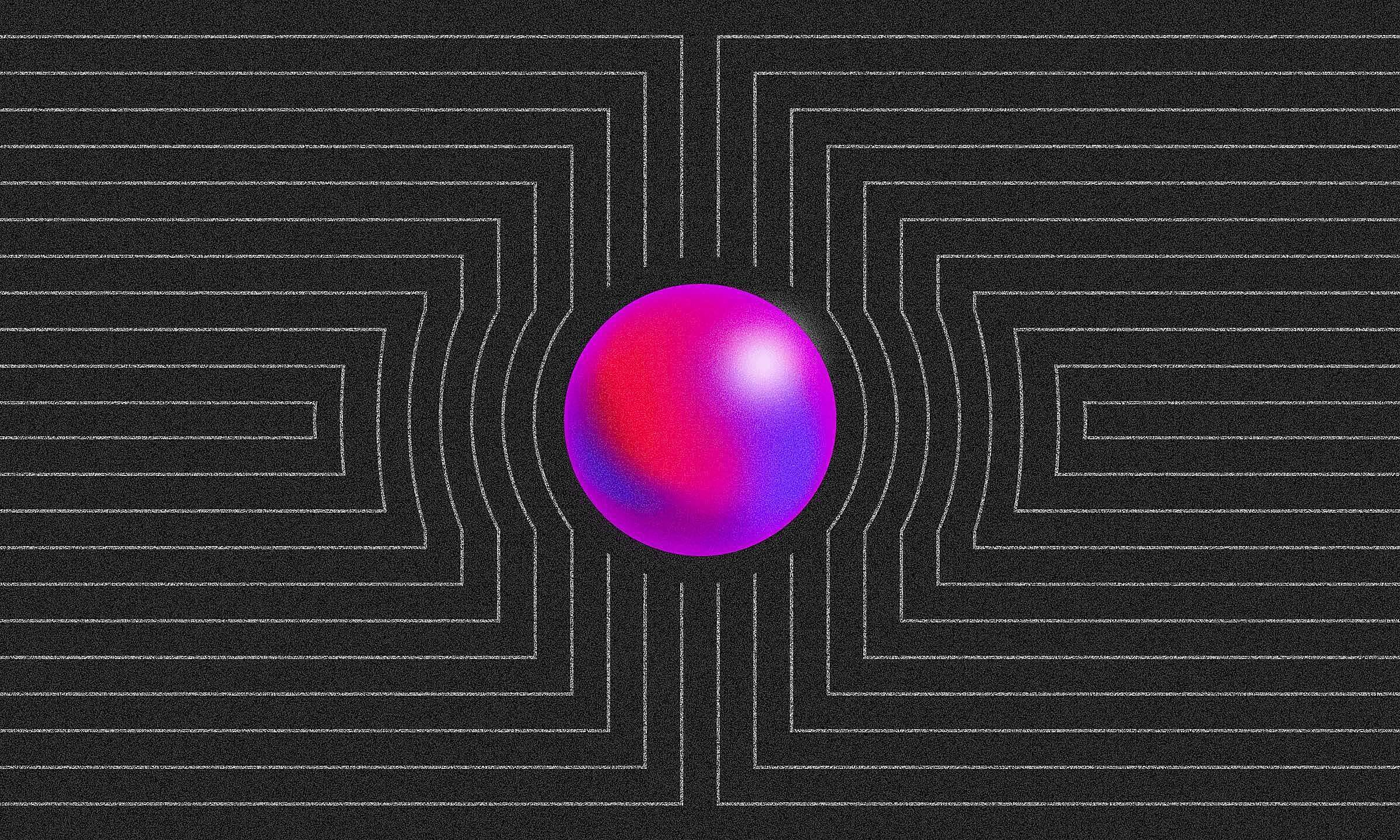 If you’ve ever developed a mobile app for both Android and iOS, you probably had to code the entire app twice – once for each platform. Writing the same app twice isn’t very effective, it’s time-consuming and you might end up with slightly different features, especially when you have separate teams working on each platform.

Many cross-platform technologies are trying to provide solutions for this common problem. Maybe you’ve already tried some of them, but weren’t too happy with the results. For example, the UI didn’t feel entirely native or there were some other issues.

Here is where Kotlin Multiplatform comes to the rescue. It allows you to implement a completely platform-native UI while sharing all the business logic layers beneath.

What is this sorcery?

Kotlin Multiplatform is a feature of the Kotlin programming language that allows you to write code in Kotlin and then run it on several platforms:

This article focuses mainly on Kotlin Multiplatform Mobile (KMM), which covers Android and iOS, but the fundamentals are the same for all the supported platforms.

How does it work?

Kotlin Multiplatform converts the Kotlin code into code that can be used by individual platforms. It allows you to write common code to be used on all platforms, but also platform-specific code, which makes it a very flexible solution.

Normally, we would have two separate apps, one for Android and one for iOS. These can be further split into multiple layers like the presentation layer, domain layer, data layer, etc. Kotlin Multiplatform Mobile introduces common code that can be shared between apps. The presentation layers (mostly UI) stay separate for each platform, while all the other layers can be shared. The shared part of the KMM app can be split again and include platform-specific code.

Each part of a KMM app also has its own testing package.

Setting up a KMM project

The easiest way to start a project with Kotlin Multiplatform Mobile is to use JetBrains Intellij IDEA and start a new Kotlin project from the multiplatform section. 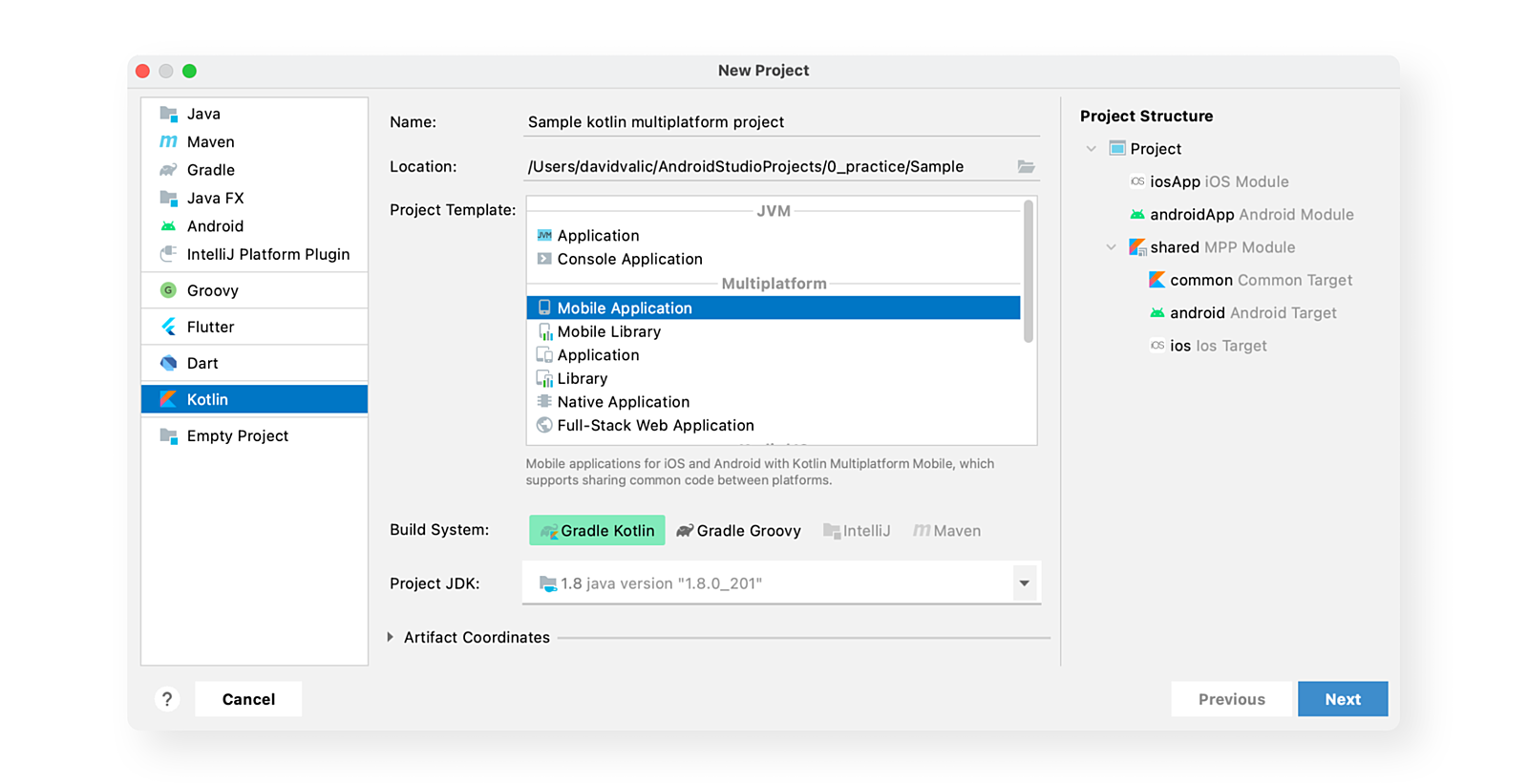 In the project structure on the right, you can see the separate Android and iOS apps and the shared module.

To kickstart your first KMM project, you can consider browsing the Touchlab’s KaMPKit repository, forking the project, and starting from there. 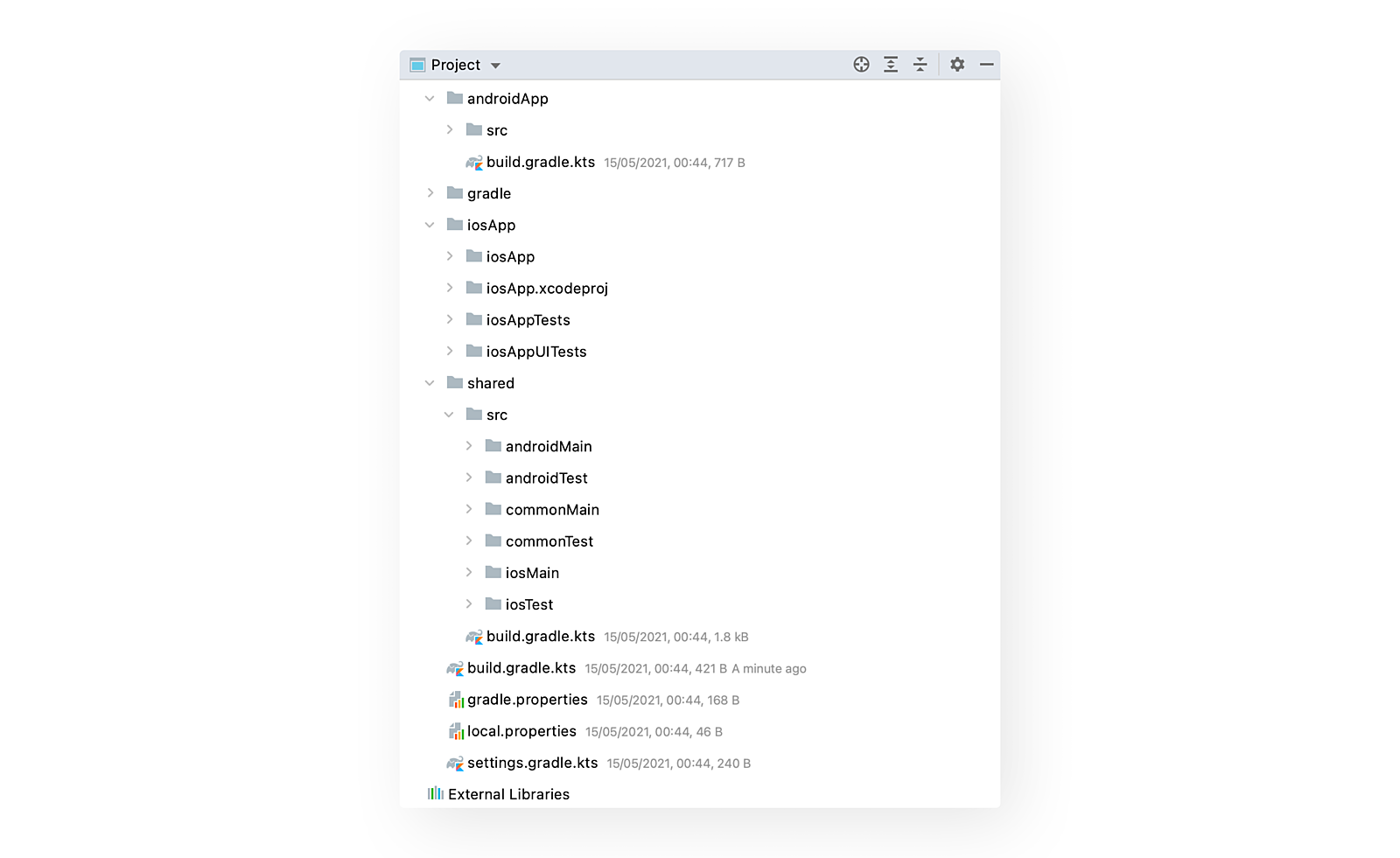 A newly created project has the structure shown above. The androidApp package is your standard Android app that includes the manifest, resource and main code directories. The largest part of this package should be the Android UI part (the Activities, Fragments, Views, etc.).

The iosApp package has the standard iOS app structure, the same as it would be in Xcode. Most of the UI and ViewControllers are written here. There is no Kotlin code in this part, only Swift/Objective-C.

The shared part is where KMM shines. In that part, everything is written in Kotlin and controlled by Gradle. The common packages (main and test) should hold the most of the business logic.

Adding the common part of the code to the Android app is not a problem because Android supports Kotlin. The shared code is simply included as a module. Things get slightly more complicated with iOS because it doesn’t support running Kotlin code directly. This can be solved with a plugin inside the shared gradle that uses CocaPods to generate an Objective-C Framework that is imported inside the iOS app. All you have to do is import the shared framework and use it in the Swift/Objective-C code.

The whole point in using Kotlin Multiplatform Mobile is to share as much code as possible, but each platform has its own API for accessing certain features like storage, bluetooth, network, etc., which means that at least some specific code will be needed.

Here’s an example for using the declarations to read from a Bluetooth LE characteristic.

The implementation uses the BluetoothService interface, which has different API’s for Android and iOS. That is why the implementation of the interface is an expect class located in the commonMain package. The prefix Platform is not required, feel free to name the declaration however you want, but the word “Platform” might be useful to quickly identify the expect/actual declarations.

The actual Android implementation is inside the package shared/src/androidMain/kotlin/packagename/data and it can use Android dependencies:

Meanwhile, the iOS implementation is inside the package shared/src/iosMain/kotlin/packagename/data and it has access to the iOS platform dependencies:

Context is needed in Android to get access to Bluetooth, but we cannot access Android Context in the common code, which is why we need another expect declaration:

As you can see, the expect/actual mechanism can also be used with classes and typealiases.

Similarly, it can be used for the following declarations:

The dependencies for the shared module are managed by the gradle. If you have an Android background, it’s quite possible that most of your beloved libraries won't work. Don't worry, there are some really nice alternatives:

Since none of the Java libraries are allowed in the shared module, you can replace Java DateTime with Kotlin DateTime, which has almost the same API. If you are missing another library, check out Korlibs, they offer many useful Kotlin libraries.

The following example shows how to include the Ktor dependencies.

Each platform has its own main and test source set where the platform-specific dependencies are defined.

Like any other cross-platform solution, KMM has its advantages and disadvantages. Here are some of them.

When to use KMM?

Kotlin Multiplatform Mobile is very versatile, but it doesn’t automatically mean it’s the right choice for the specific app you are building. You’ll need to assess your project and weigh in different factors. Here are some suggestions to help you decide:

Though still relatively new, Kotlin Multiplatform can be a very useful solution in certain situations and save you the time and trouble of writing separate apps for different platforms. To see how it works in practice, you can try it out yourself on a simple project or just check out an example.

Kotlin Multiplatform is rapidly evolving and its community is constantly growing. It’s a feature you might want to keep an eye on.

Monia Škurtan made the cover illustration a perfect fit for any platform.