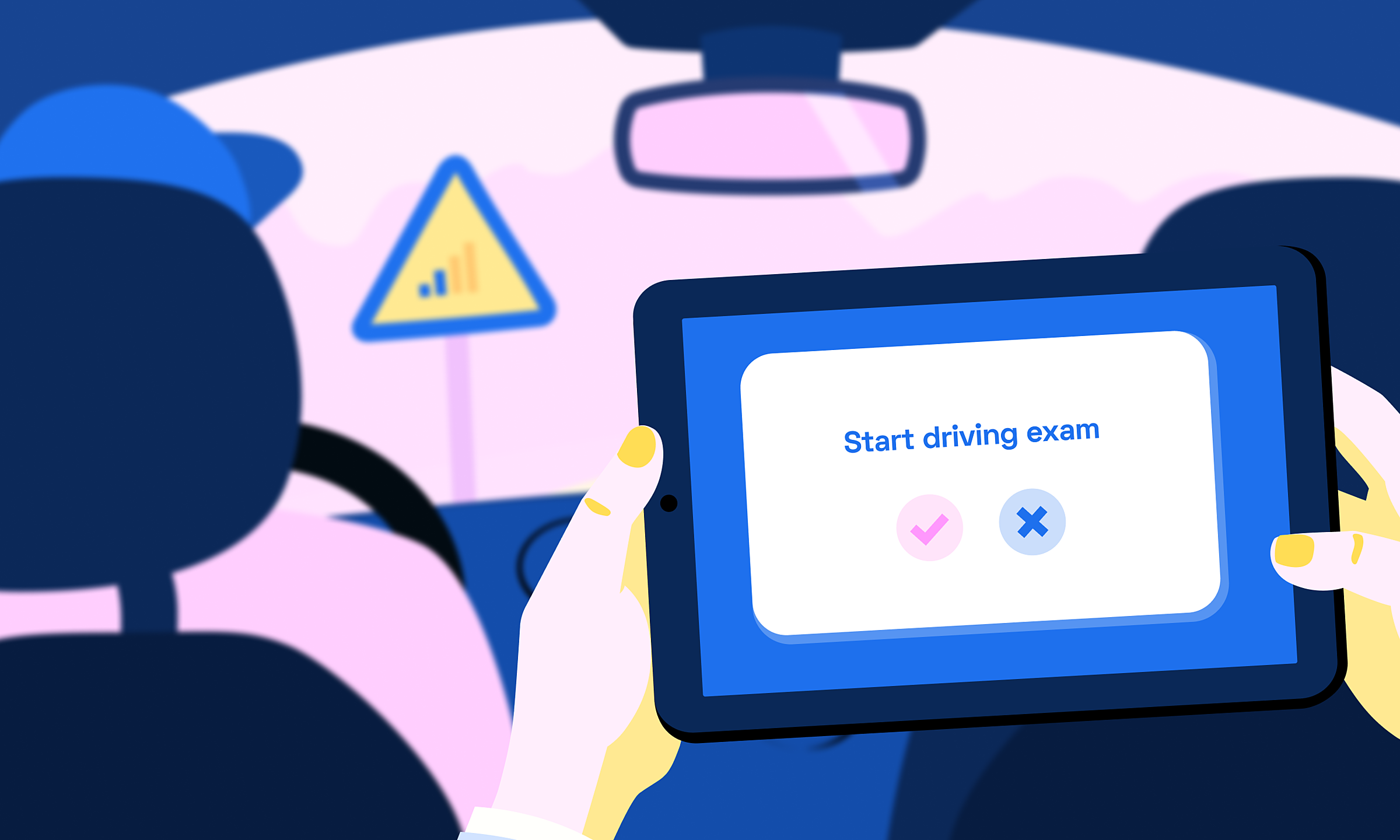 There has been talk of Infinum's CEO turning into Oprah and handing out Porsches so that everyone can swiftly drive away from the tragedy called 2020. Whether this is a rumor or not, the timing has never been better to get your driver's license.

If you had taken a driving exam in Croatia sometime during the last century, it would have required a ton of paperwork and involved a couple of trips down the bureaucracy lane. Those days are no more!

Together with the Croatian authority for granting driver's licenses HAK, Infinum has taken driving exams into 2021 with a sleek new digital experience befitting this day and age.

The good ol' pen and paper

To get a driver's license in Croatia, one has to complete a series of exams: a theoretical test on traffic rules, a first aid exam, and following 40+ hours of driving lessons under the watchful eye of a licensed instructor, a driving exam.

The driving exam usually consists of the following:

During a typical driving exam, the examiner has to go through a substantial amount of paper forms and checkboxes to grade the candidate's skills, all the while watching the road, signs, traffic, and the candidate's behavior. Specialized vehicles, such as trucks, trams, and buses, require additional paperwork!

Considering that a single examiner can have up to a dozen exams per day, that's a boatload of papers to be hauled around.

Our goal was to simplify HAK examiners' daily operations by converting extensive paperwork into a simple and intuitive digital form.

Turning heaps of paper into a convenient tablet app

It's fair to say that becoming a driver is no simple matter. Every exam consists of two complex and separately graded sections: the closed course exam and driving on the road.

Our skillful designers managed to gather all this information and more into a sleek and easy-to-understand user experience. With some craftsmanship from our developers, the examiners now have every piece of information neatly organized within an intuitive app interface on a tablet device. 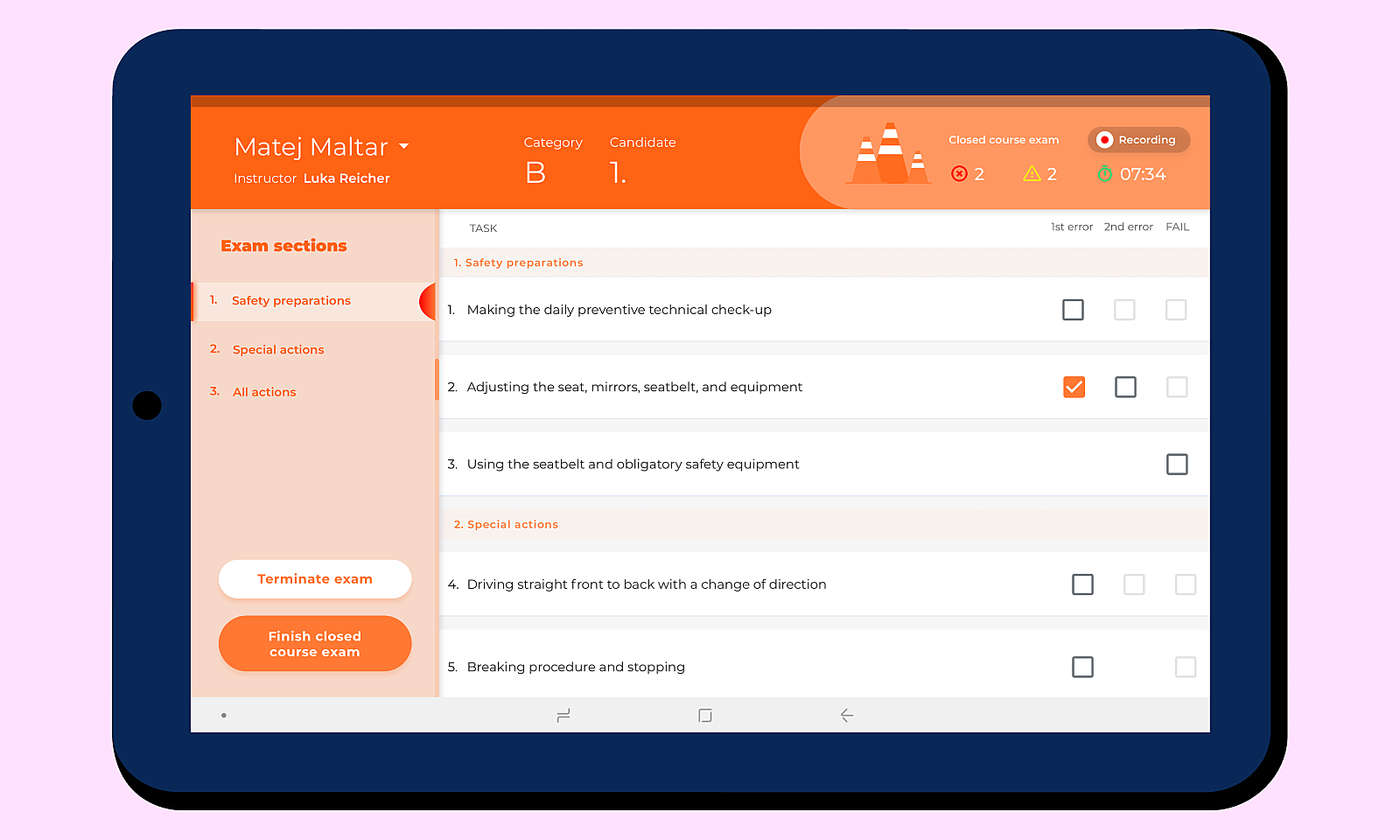 Tracking every twist and turn

Up to now, there wasn't a way to see the exact route a single exam covered. That was unfortunate – it turns out driving routes are a gold mine of data and can help build a fairer exam system. Our team made the driving route instantly visible at the end of the exam, with all logged mistakes pinpointed at the exact locations where they were made.

To successfully track this little road trip, we rummaged around built-in device sensors: mostly the GPS, accelerometer, and compass. Surely, there's a whole myriad of 3rd-party systems we could have used. But we decided to make most of the logic ourselves, which would offer us additional flexibility in handling future requirements. Challenge accepted! 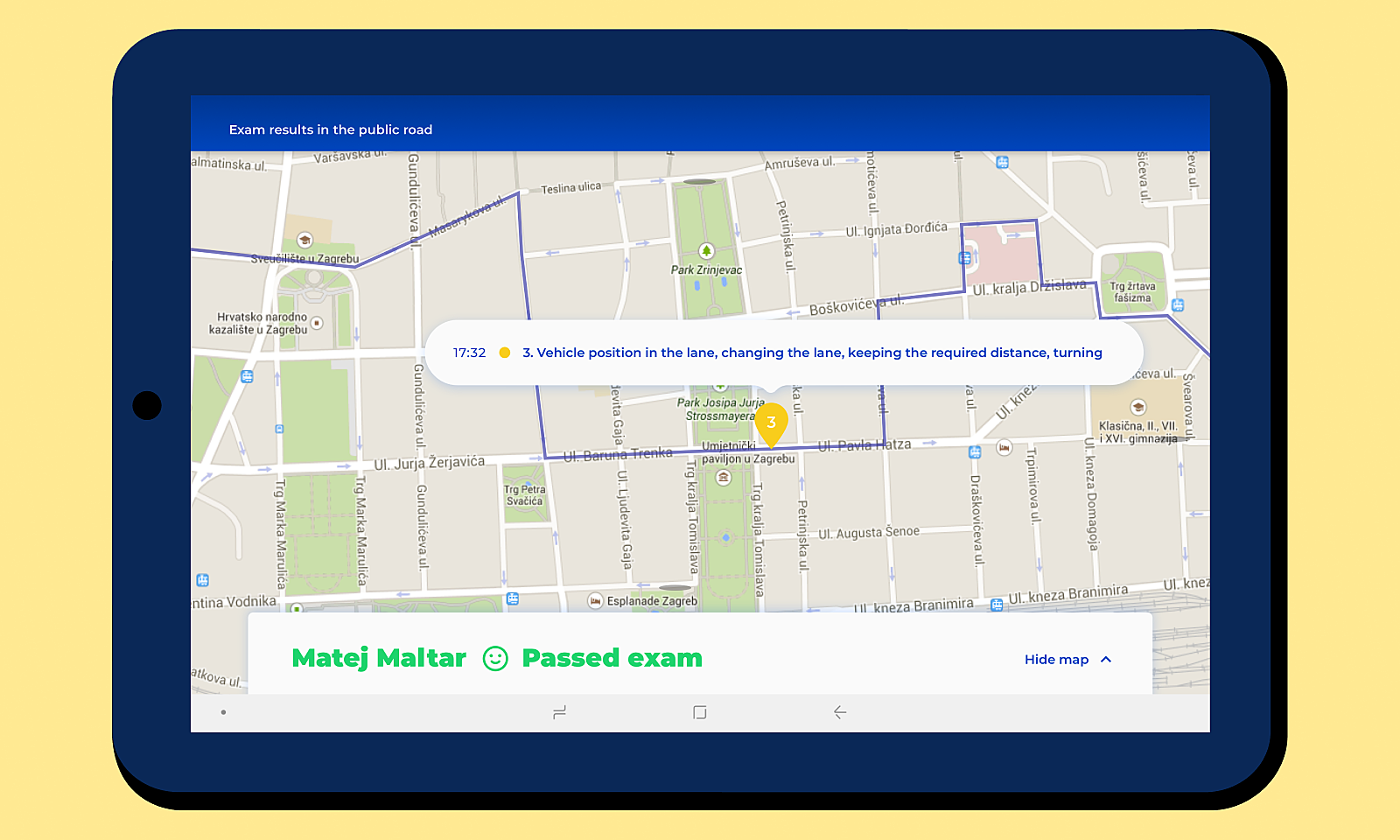 Since HAK works like a government agency, transparency is essential. Each step that the examiner takes inside the app must be logged and tracked. Additionally, there shouldn't be any way of modifying the exams and giving unfair scores.

Tamper-proofing was a critical requirement to incorporate both in the design and code.

We opted for implementing two-factor authentication for all significant steps in the app. Before executing a particular action, the user must enter a one-time code delivered to their mobile device. Entering the code serves both as a final confirmation to the user and adds a security layer against anyone with foul intentions.

Covering the "I'd like to speak to your supervisor" case

As with any exam, people don't always agree with the examiner's final decision. That's why we decided to give candidates the option of submitting an official complaint, which the examiner can then follow up on immediately within the app. Everything by the book!

Speaking of complaints, to ensure transparency and prevent the "he said, she said" scenario when settling a complaint, HAK equipped every examiner with an HD wide-angle dashcam. When mounted to the windscreen, the camera records the entire exam and streams it to the accompanying device. These recordings can also help with training and standardization processes within HAK.

Our team created a specialized communication channel between the dashcam and the app. We even got engaged with the camera manufacturer and their technical team, which made the development process that much faster on our end. 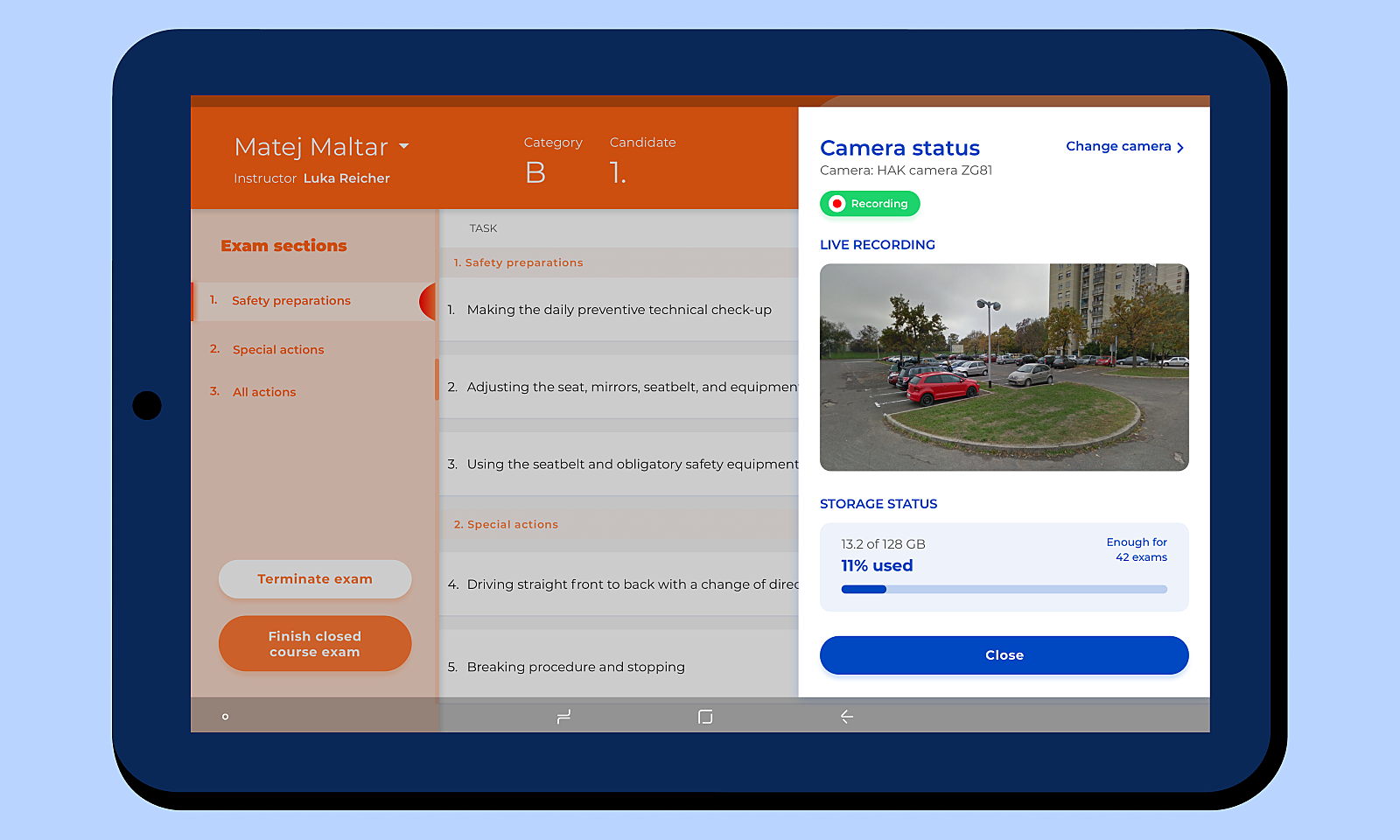 Out of range? No problem

You know how cellular signal always disappears when you need it the most? Imagine failing to complete an exam just because your Internet provider didn't do their job properly. To prevent this disaster, we made the app completely network-independent.

Unplugged from the online world, the app stores all collected data into a carefully constructed local database. Once the examiner gets back to an area with better coverage and the connection is restored, the app automatically syncs itself with HAK's infrastructure. The candidates can never blame their poor driving skills on poor cellular signal.

The classic cliché says that software is never finished, only shipped to production. The same goes for this app. We've only set foot on the HAK road, with many exciting challenges still ahead of us.

One of the most prominent new features is related to automatically generating driving exam routes. This possibility would upgrade the app to a navigation tool, making exams even fairer and more transparent. The examiner would be almost entirely stripped of making any subjective choices.

We're also looking into digitizing other types of exams in HAK's domain, as well as staying up-to-date with industry standards: All to ensure the examiners can focus on work giving the green light to a new generation of drivers without stressing about paperwork getting mixed up.

It's been a bumpy ride, and many exciting challenges are still waiting down the road. HAK usually poses the most unusual and mind-bending challenges to our team – but that's what makes the ride worth the while.

Say hello to Petra Grubišić, illustrating this post in the shotgun seat.

Keep reading our blog
Dario D.
—
5 min read
Mobile Widgets or How to Pay for Parking with Fewer Screen Taps
One popular mobile app we've produced helps drivers in Croatia on a daily basis. To make it...
David K.
—
8 min read
Increase Mobile App User Retention With These Tips
Find out why I installed and abandoned several cooking apps before I could even rotate 7 meals,...
Bojan B.
—
6 min read
How to Run Successful Remote Discovery Workshops
Kicking off a new software project can be challenging when teams aren't together, but these 7...
View all posts