When working on enterprise projects, it is vital to follow the recommended security practices. Security and risk assessment are a crucial part of software development. Security is also everyone's job and should be embedded into every business process and operation.

The application security core concepts are primarily concerned with reducing the primary attack surface—our exposure, reachable and exploitable vulnerabilities that we might have in our software. It is crucial to make it as small as possible because the app controls access to the data and sources of software.

The core security process is also known as the 'CIA triad':

Confidentiality means protecting sensitive data from improper disclosure, which can have legal and contractual consequences for you or the company you work for. One of the things you can do to mitigate this and ensure the confidentiality of your application is to mask and obfuscate access to the application by using passwords, make view-based access controls for accessing the database, and use encryption when dealing with data transfer and storage.

Integrity involves the protection of sensitive data from unauthorized modification and ensures compliance and security of data processing according to law. One way to ensure data integrity is by using digital signatures (GPG or PGP using hashes). We need to have proof of the sender's identity—data signed by you so you cannot say you didn't do it/send it, and proof that data was not altered in transit. This is what integrity is all about.

Availability is the prevention of data or system destruction and the ability to maintain operational capability. We need to assess where the software could fail (single point of failure) and provide fault tolerance—redundancies that automatically take over the running of the application/service in case of failure. For instance, if the application crashes on one container, another one should automatically boot up to replace it with a minimal timeout. We need to take care of scalability.

Risk can be defined as the likelihood (probability) of a threat exploiting a vulnerability, thereby causing damage to an asset.

Risks will regulate the number of controls (limitations) that will be used to reduce the risk to the organization. Risk can be good or bad; investments are risky, but can pay off if you've made a good one.

Risk is not eliminated, it is managed. We need to assess the possible risks, respond to them, and monitor them. All this constitutes the risk context or frame.

Once we've assessed the risk, we can choose to: avoid the risk (don't implement a certain feature that is deemed too risky and can present a vulnerability); transfer the risk (third party insurance—for instance, you engage somebody else to do a part of the app); accept the risk (know the limitations and implement the feature); reduce/mitigate a risk (for instance, implement monitoring and logging for an application).

Never store passwords or critical information on Git or any versioning system. Never store wp-config.php credentials in your code as well.

One secure way is to use the environment variables that can be injected into the app during deployment. You can then use them in your application with the getenv() function.

Another way, if you are using the AWS and EC2 or ECS instances, is to store credentials in an encrypted S3 bucket and pull them using the methods available in aws-sdk-php.

The first tool to install in every project is PHP_CodeSniffer.

The code sniffer tokenizes your code against a set of sniffs that look for certain common practices and possible security issues.

SonarQube is an open-source quality management platform. It does a static code analysis and checks your code for code smells, bugs, and possible security vulnerabilities.

It can be run from Docker. You can find the installation instructions here.

You have to install Docker first. After that, pull the SonarQube Docker image.

and start the SonarQube server

The local SonarQube can be accessed through the browser on localhost:9000. 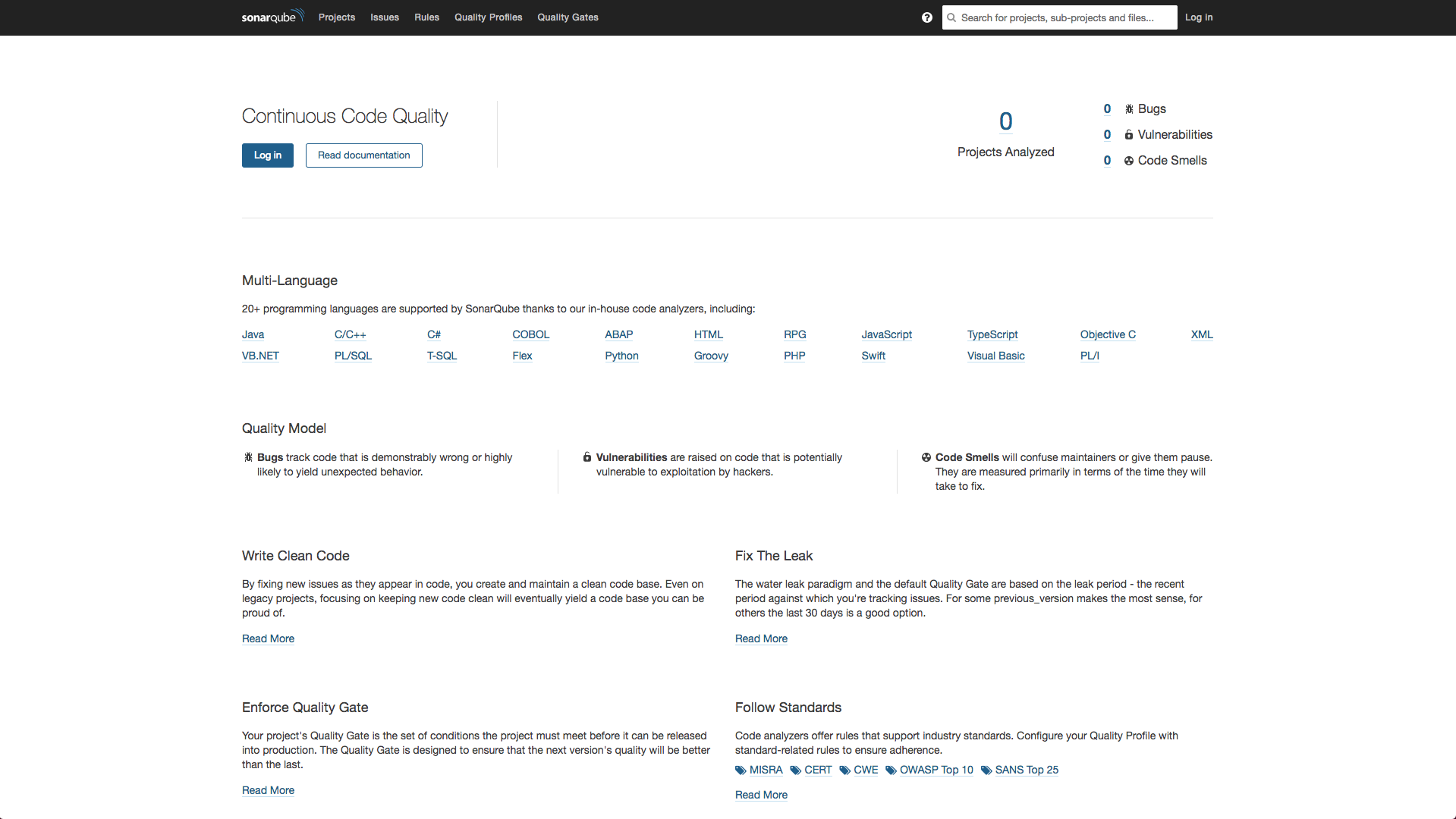 You can log in as admin with the admin user and admin password. You can add the project by going to Administration->Projects. You may be prompted to enter a token name and generate a token. Be sure to remember that token because it will be used when creating a sonar-project.properties file which is necessary to run the scan.

You'll have to add a sonar-project.properties file in the root of the project (public_html) that looks something like this:

After that, you should go to the project root and run sonar-scanner.

In the event of a failure, you can capture the output in a log file with

After the scan is finished (it takes a while), you will see the report in the SonarQube UI. 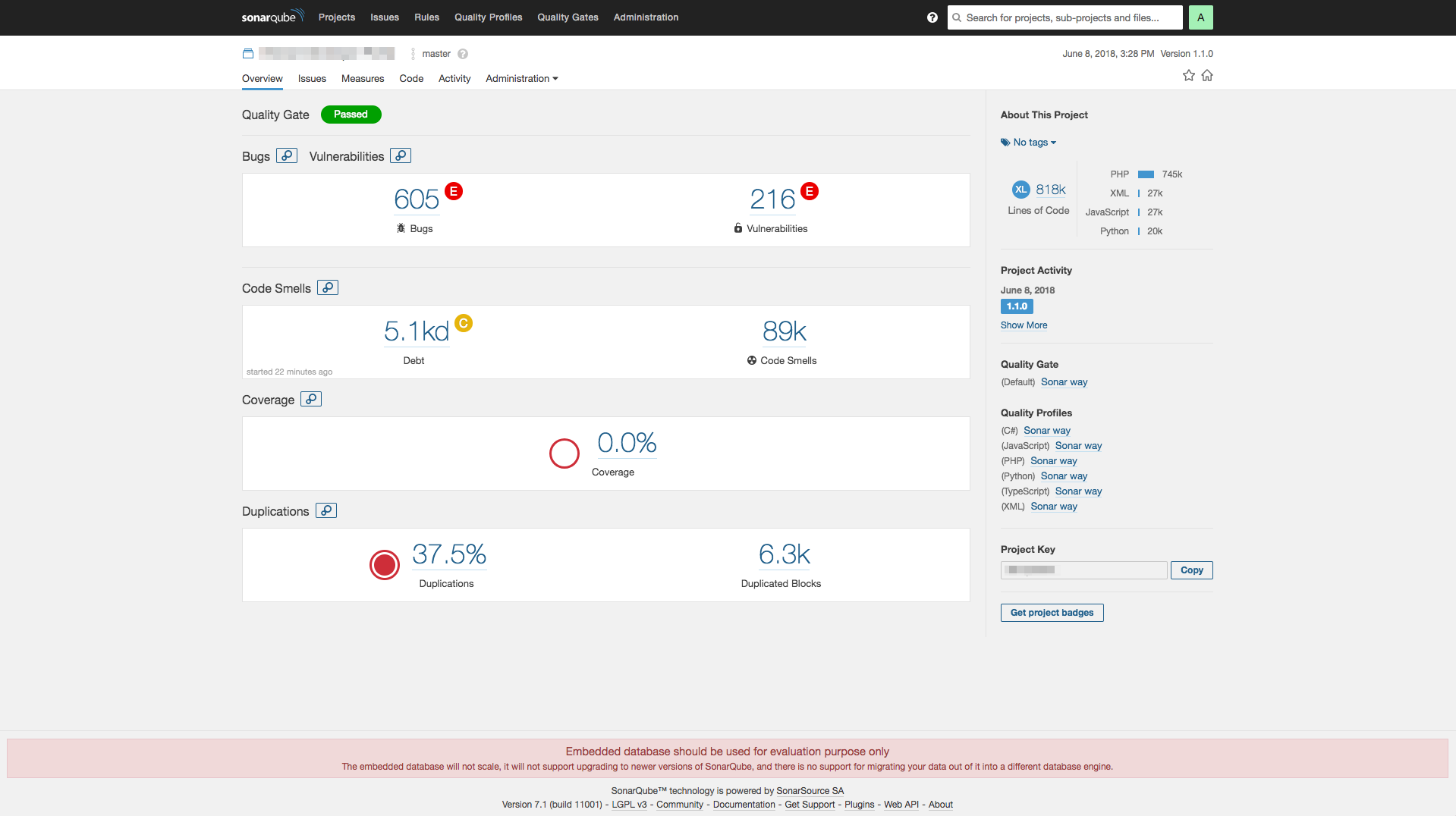 If you already have an existing Docker image, you can start it with

and you can stop it with

WPScan is a WordPress scanning tool that runs on Docker.

To install WPScan on your Mac, you need to have Docker installed. After you've installed Docker, pull the image with

Start the scan with

You should replace https://yourblog.com with your local installation of WordPress. You can see the list of options here. You can also leave it empty.

That will run WPScan and provide an output that looks something like this (output may vary):